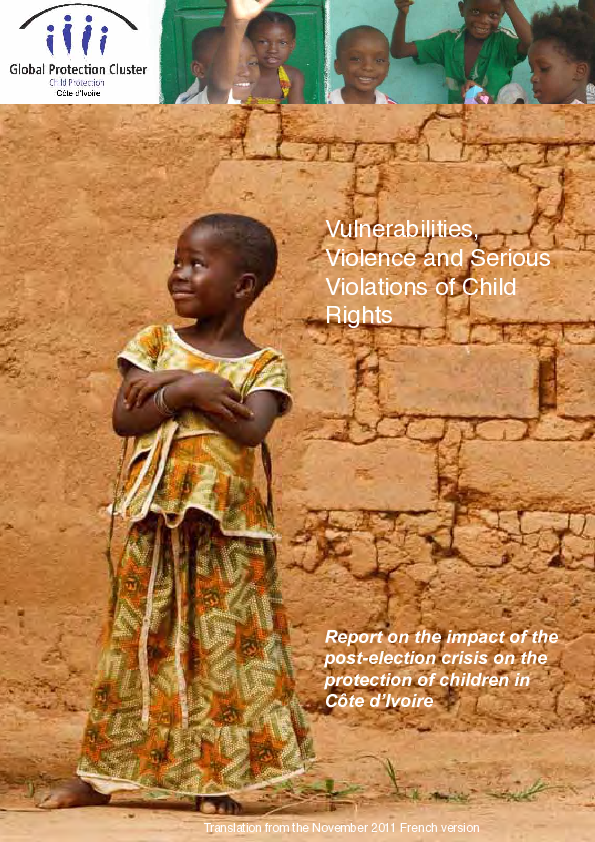 Vulnerabilities, Violence and Serious Child Rights Violations – Report on the impact of the post-election crisis on child protection in Côte d’Ivoire

A report published by UNICEF and Save the Children on the impact of post-election crisis on the protection of children in Côte d’Ivoire. The report gives a clear idea of the number of children directly affected by the post-electoral crisis – and warns that 1,121 women and children have been victims of violations in the country since the crisis erupted in November 2010, though the real figure is believed to be much higher. The report consolidates all cases of rights violations reported between November 2010 and September 2011. It chronicles six separate instances of serious violations of children’s rights: killing or maiming of children; recruitment or use of children by armed groups; attacks against schools or hospitals; rape and other serious sexual violence against children; and child abduction and denial of humanitarian access for children. Save the Children is one of the NGOs helping support nearly three quarters of the victims. However, given that most violations are unlikely to be reported, statistics in this report will only be the tip of the iceberg. This report is prepared on behalf of the Child Protection Sub-cluster in Côte d’Ivoire by UNICEF in collaboration with Save the Children.

Vulnerabilities, Violence and Serious Child Rights Violations – Report on the impact of the post-election crisis on child protection in Côte d’Ivoire 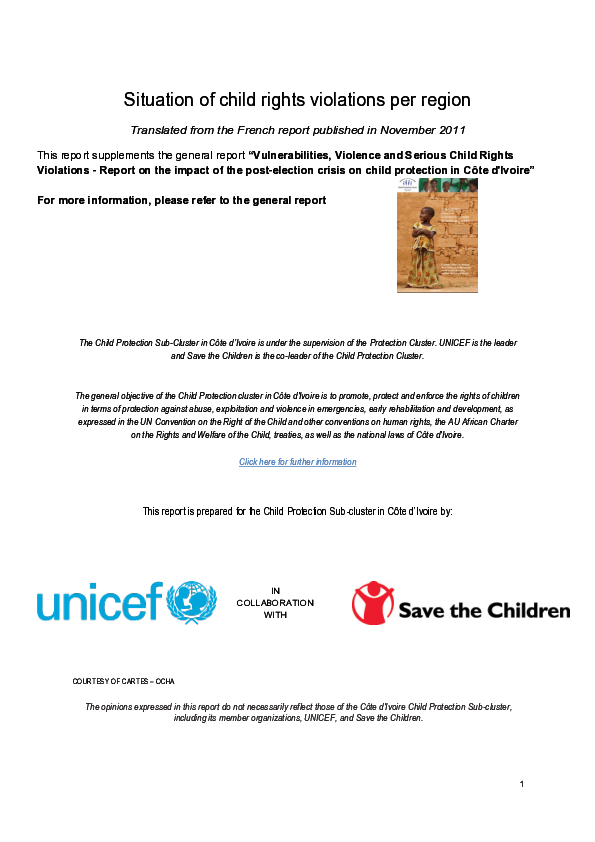