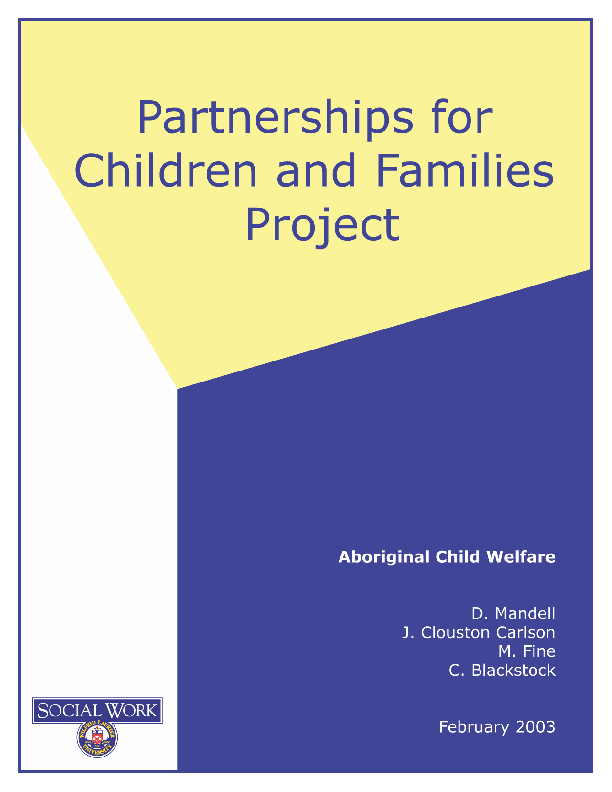 As the relationships between Canada’s Aboriginal peoples and the state undergo changes, the issue of Child Welfare is in the foreground; for it is around the well being, education and care of Aboriginal children that much of the painful historical relationship between First Nations and Canadian government has been played out. In this chapter we consider the major issues in Canadian Aboriginal child welfare, drawing upon an extensive review and synthesis of current theory and research.

Although there is an abundance of material available concerning Aboriginal child welfare, much of it exists outside mainstream academic child welfare literature. Some of

the salient work on Aboriginal child welfare is contained in the justice literature and much is contained in evaluation reports, operational reviews, submissions to government bodies and in oral stories and testimony. Our goal has been to cull these sources in order to present a coherent understanding of Aboriginal child welfare issues that encompasses history, theoretical analysis, politics, visions, realities, education, evaluation and aspirations.