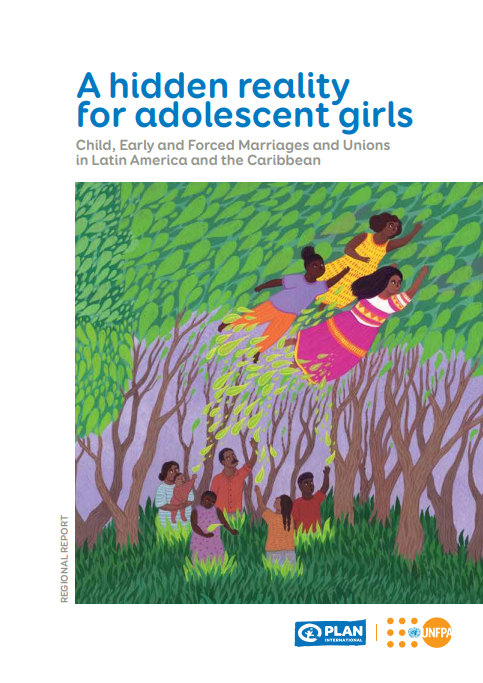 A Hidden Reality for Adolescent Girls: Child, early and forced marriges and unions in Latin America and the Caribbean

A new study by the Population Fund and the international organization Plan analyzes the root causes that push girls and young women into child marriage and the so-called child and forced unions in Latin America. The gender norms established from their own families, the sexual double standard and the control of girls’ sexuality, among other expressions of gender inequality, force them to enter into this type of relationship.

Latin America is the only region in the world where there have been no significant decreases in the last ten years in measures against child marriage and early unions. In the entire region in 2017, 23% of women between the ages of 20 and 24 had already been married or in a union at the age of 18, and 5% at the age of 15.

A new study by the Population Fund and the NGO Plan International carried out in Bolivia, Brazil, El Salvador, Honduras, Nicaragua, Peru, the Dominican Republic and Guatemala qualitatively analyzes some of the causes that drive girls and young women to unions and early marriages , and ensures that regulations and gender inequality are at the center of the problem.