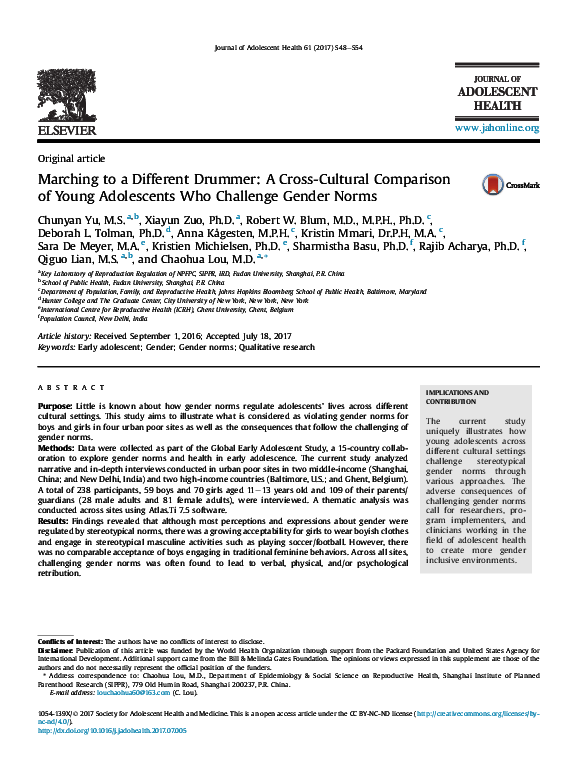 Marching to a Different Drummer: A cross-cultural comparison of young adolescents who challenge gender norms

The aim of this study was to illustrate what is considered as violating gender norms for boys and girls and the consequences of challenging these in four urban low-income areas: Shanghai, New Delhi, Baltimore, and Ghent. Findings from the study revealed that even though most perceptions and expressions about gender were regulated by stereotypical norms, there was a growing acceptability for girls to wear boyish clothes and to be active in stereotypical masculine activities. There was, however, no comparable acceptance of boys being active in traditional feminine behaviours.

Marching to a Different Drummer: A cross-cultural comparison of young adolescents who challenge gender norms