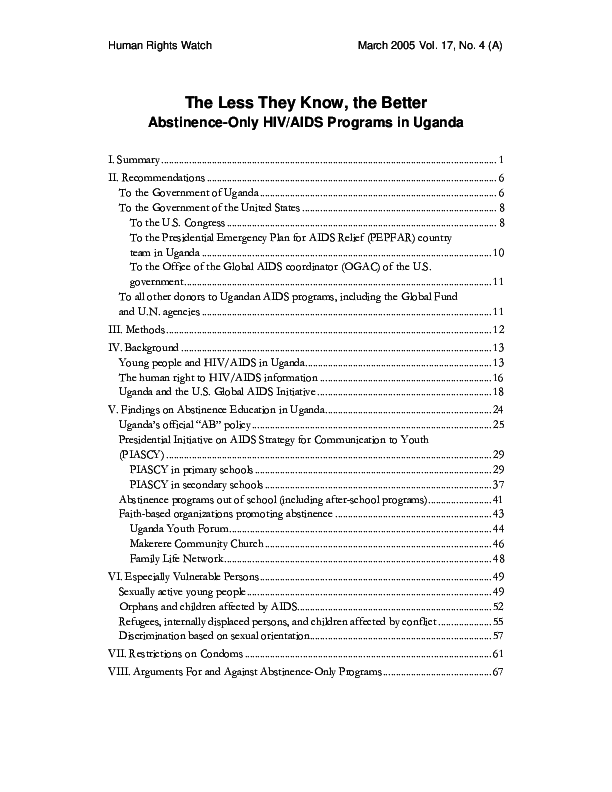 The Less They Know, the Better: Abstinence-only HIV/AIDS programs in Uganda

Supplementary report to Uganda’s 2nd periodic report on the implementation of the UN Convention on the Rights of the Child on Uganda ‘s response to HIV and AIDS. Despite a reported dramatic drop in HIV prevalence in Uganda in the 1990s, from an estimated 15 percent nationally in 1992 to 6 percent in 2002, Ugandans of all ages continue to face a high risk of HIV infection. This 80-page report documents the recent removal of critical HIV/AIDS information from primary school curricula, including information about condoms, safer sex and the risks of HIV in marriage.