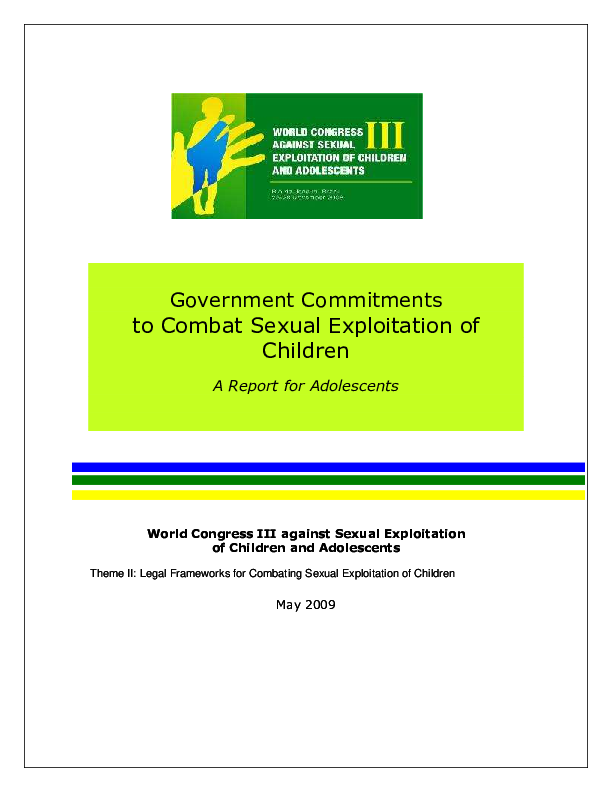 Government commitments to combat sexual exploitation of children. A report for adolescents

UNICEF has developed this document in follow-up to the III World Congress against Sexual Exploitation of Children and Adolescents held in Rio de Janeiro in 2008, following the Stockholm (1996) and Yokohama Congresses (2001). Of the five themes that were discussed during the WCIII, this document especially highlights theme number 2: Legal Frameworks for Combating Sexual Exploitation of Children’ or, in other words, ‘Government Commitments to combat sexual exploitation of children’. The document – interspersed with comments made by the children regarding their feelings on violence – has been written for adolescents aged 14–18 years, but can also be used by younger children and by adults

Government commitments to combat sexual exploitation of children. A report for adolescents

ECPAT International – Report of the World Congress III against sexual...