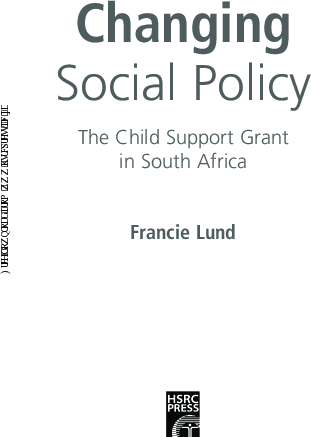 Social policy is taking on a more prominent role in development debates than previously. The new government in South Africa had to deal with patterns of extreme poverty and inequality after apartheid. This book is about a reform that led to a unconditional cash transfer aimed to young children in poor households.