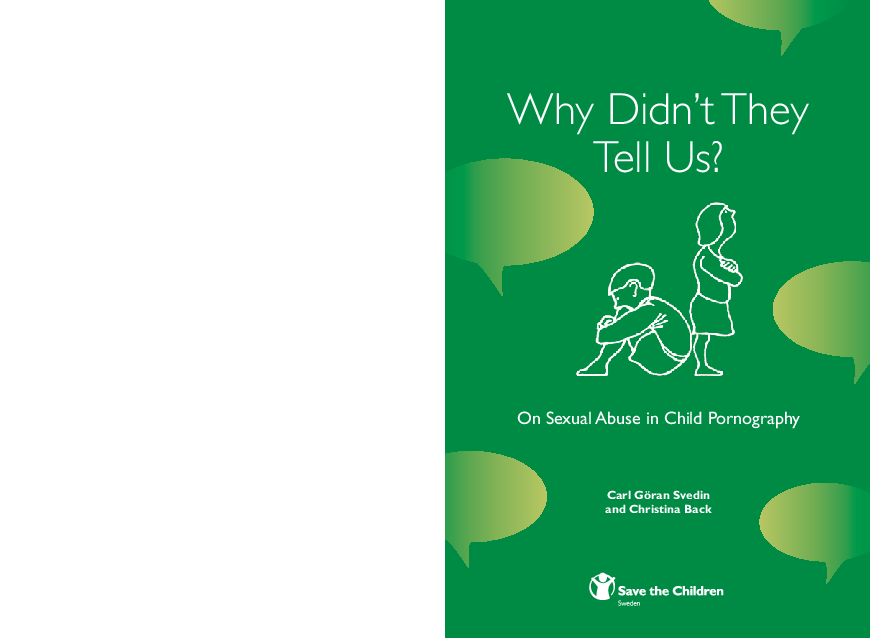 Why didn’t they tell us? On sexual abuse in child pornography

After the Huddinge ring was uncovered, co-operation was initiated between the police and the child- and adolescent psychiatric clinic at the University Hospital in Linköping. An agreement was reached whereby the police would inform the clinic when they were able to identify any child via the seized material. This gave unique possibilities for investigating how children are recruited, what children remember of their participation in relation to the actual course of events depicted in pictures/videos as well as shedding light upon the psychiatric health of children. Through these means, we had the opportunities to carry out the investigation that was presented in 1996 in the book Barn som inte berättar (Children who don’t speak out) (Rädda Barnen – Save the Children Sweden, 1996). After 1996 we resumed our work – accordingly now with 30 children compared with the previous 10. This book, Varför berättar de inte? (Why Didn’t They Tell Us?), is the follow-up to our first book and was first published in Swedish in 2003.

Why didn’t they tell us? On sexual abuse in child pornography