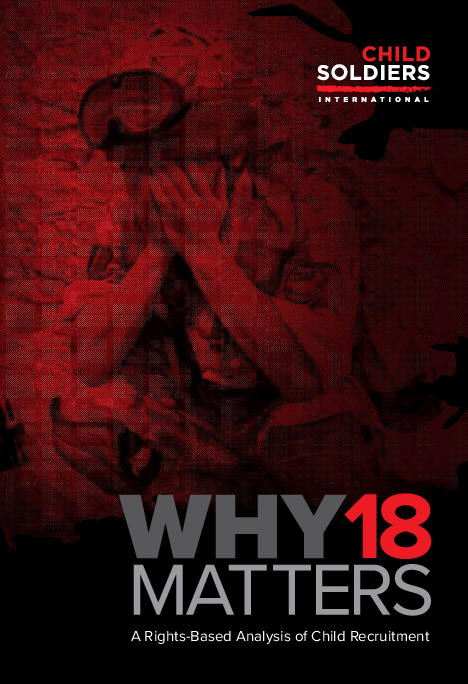 Why 18 Matters: A rights-based analysis of child recruitment

As of April 2018, more than fourfifths (167) of states worldwide have now committed in law to ‘take all feasible measures’ not to use children under the age of 18 in armed conflict or any other hostilities. Two-thirds of states with armed forces have further committed to the so-called ‘straight-18’ standard: no recruitment of children for any military purpose. The remainder have yet to reach this standard, continuing to capitalise on the failure of international law to forbid recruiting children from age 16.

States that still allow child recruitment in law tend to be relatively affluent and democratically controlled; they include five of the G7 states, for example. States often suggest that because parental consent is required and child recruits are not usually used in armed conflict, their rights are unaffected. To the contrary, this report shows that the practice causes material harm to children and routinely violates several of their fundamental rights. This report catalogues these violations, drawing on evidence from epidemiological research, official sources, and the testimony of former child recruits.

Why 18 Matters: A rights-based analysis of child recruitment