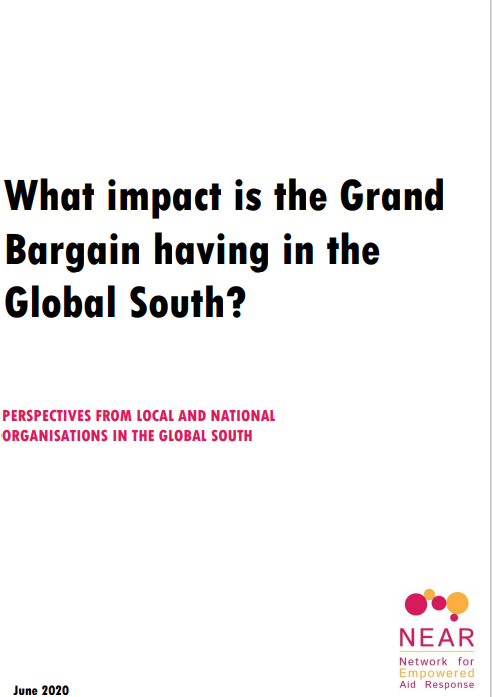 In the Grand Bargain Annual Meeting, states and stakeholders take stock of the implementation of the commitments they made. The adoption of the Grand Bargain was a key moment in the localisation journey. Significant commitments were made, including targets to drive more funding to Local and National NGOs (LNNGOs), reducing barriers that prevent partnerships between LNNGOs and donors, and engaging LNNGOs in coordination mechanisms. Before the final year of the Grand Bargain, to help assess progress, NEAR conducted a survey with its members and partners. The survey was an opportunity for LNNGOs of the Global South to provide their perspective on the implementation and impact of the Grand Bargain at the country level in 2019. The survey was conducted with a wide geographic balance across five regions. The findings from the survey served as a stark reminder that LNNGOs remain on the margins of the humanitarian system. More and urgent action is needed to rebalance and shift the power in the system so that LNNGOs take the lead in setting and implementing the humanitarian agenda. Perspectives on the Grand Bargain 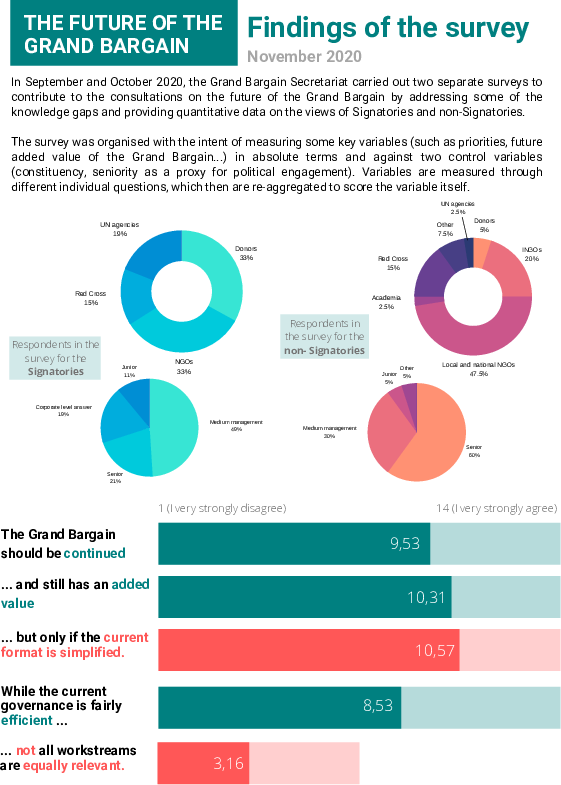 The Future of the Grand Bargain: Findings of the survey 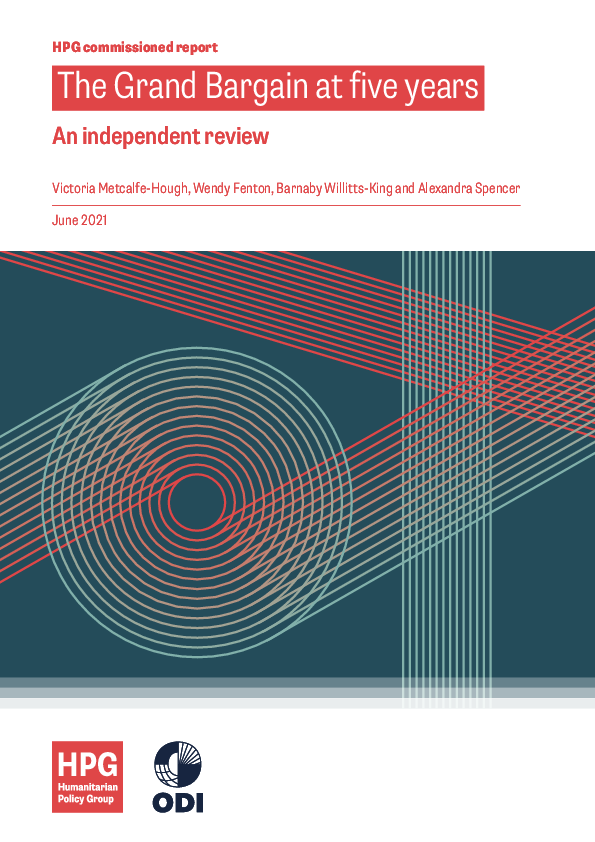 The Grand Bargain at Five Years: An independent review 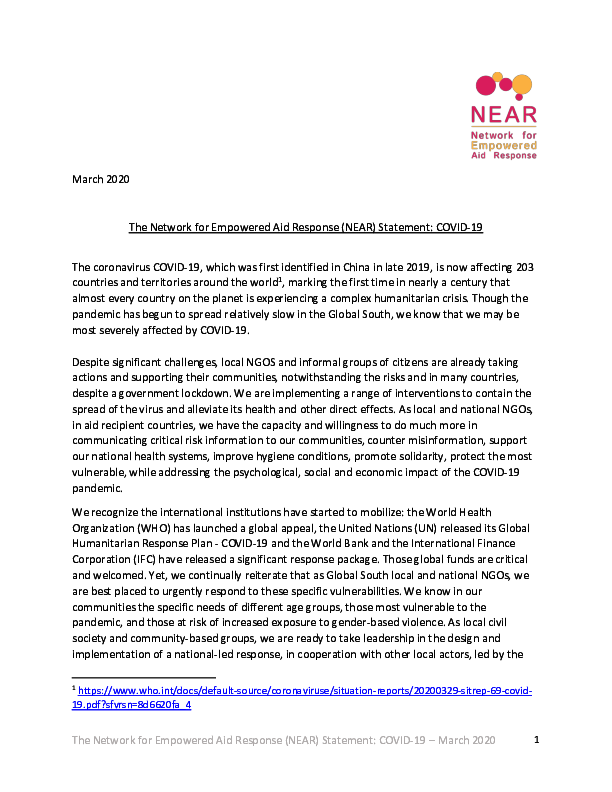 The Network for Empowered Aid Response (NEAR) Statement: COVID-19