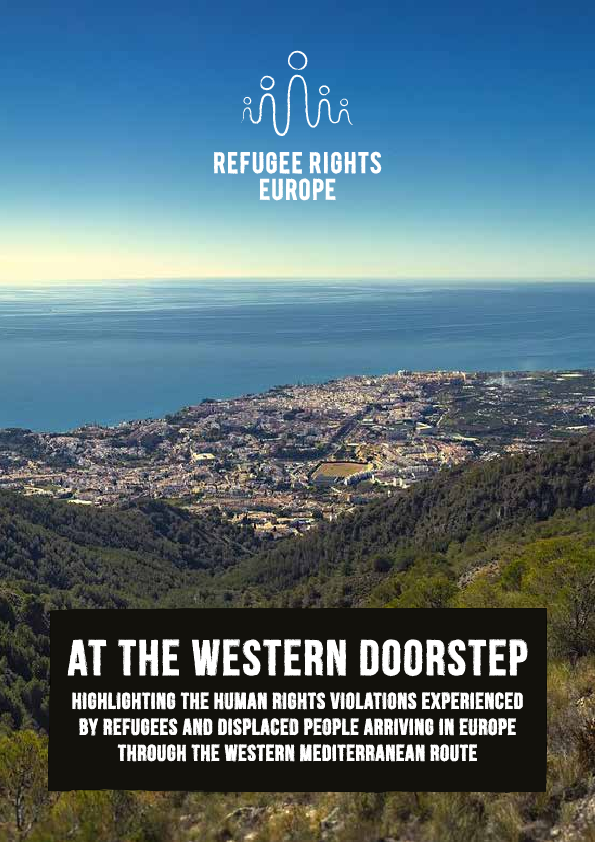 At the Western Doorstep: Highlighting the human rights violations experienced by refugees and displaced people arriving in Europe through the western Mediterranean route

Within the context of ‘externalisation’ of European borders to North African countries, Refugee Rights Europe (RRE) set out to research and highlight the experiences facing refugees and displaced people arriving in Europe through Morocco and via the Western Mediterranean route; and following their arrival in Spain.

The research presented in this report is a combination of desk research and field interviews with displaced individuals in Spain, as well as interviews with volunteers and activists operating in the Spanish enclave of Ceuta, in Madrid, and in the Basque border town of Irun. As such, the report highlights individuals’ lived experiences on Moroccan soil, in the Spanish enclaves of Ceuta and Melilla, during the sea crossings, upon arrival in Spain, and at the French-Spanish border.

At the Western Doorstep: Highlighting the human rights violations experienced by refugees and displaced people arriving in EU