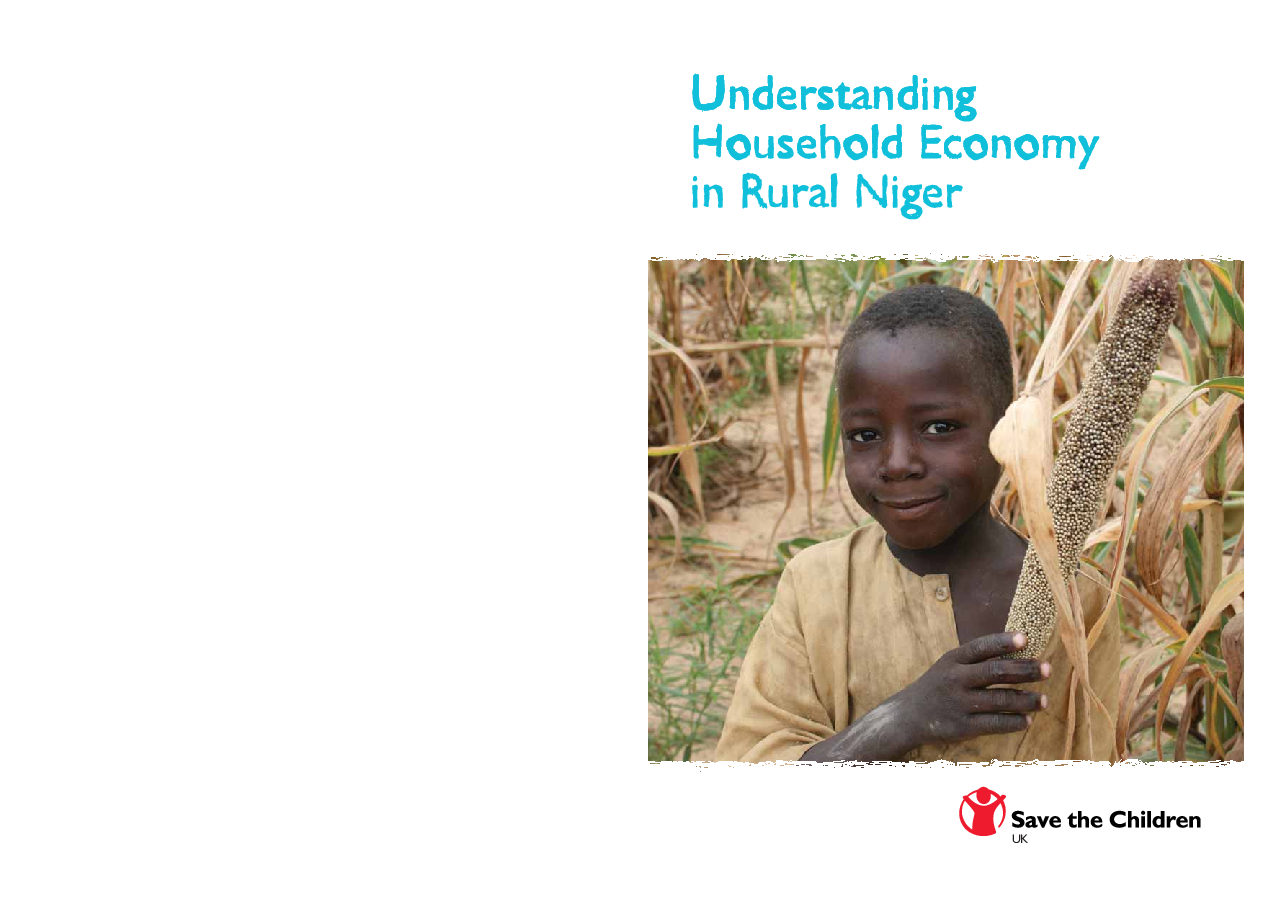 Niger is ranked 174 out of 179 countries on the Human Development Index. The country does not grow enough food to meet the needs of its rapidly expanding population and about one in five people faces extreme food insecurity. One in every five children dies before they reach their fifth birthday. In 2005, lack of rain, swarms of locusts and abnormal market trends caused severe food shortages. The price of staple foods rocketed, sparking a major food crisis. More than 3.6 million people needed food aid. To understand the causes of the 2005 crisis, and to prevent future food crises, Household Economy Analysis (HEA) profiles were carried out in five different zones. This report presents the key findings from the profiles and studies carried out in Niger. The findings tell us about the wide range of actors — from government to other NGOs and international donors — whose decision-making has the potential to make a big difference to people’s livelihoods, and in particular, to children’s survival and future development