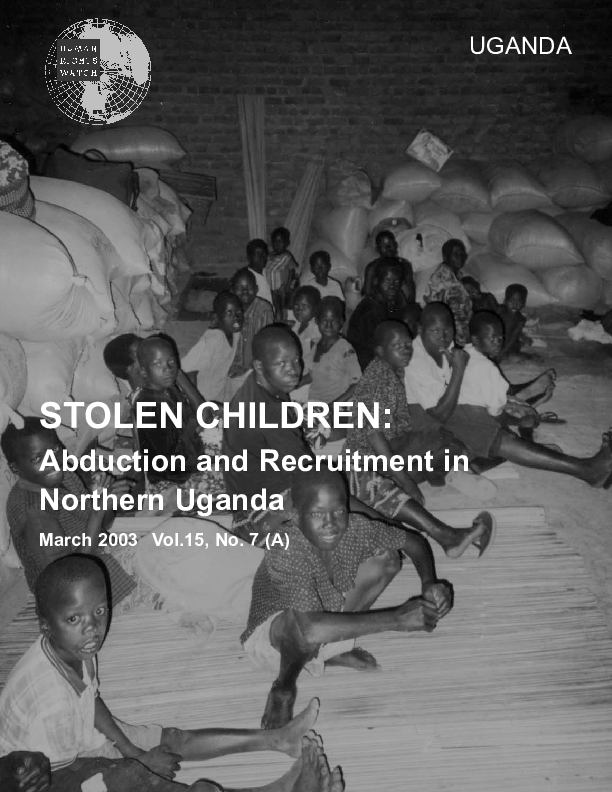 Supplementary report to Uganda’s 2nd periodic report on the implementation of the UN Convention on the Rights of the Child presented by Human Rights Watch. This report was published in March 2003 as Vol.15 No.7(A), and is based on field research conducted by Human Rights Watch in Northern Uganda. Children who had been abducted were interviewed, as were NGO representatives, Community leaders and other bodies involved with children. Girls and boys are abducted by the Lord’s Resistance Army (LRA) to be used in a variety of roles including sex slaves, soldiers and labourers. Boys are also recruited as soldiers for the Local Defence Units (LDUs) by the Ugandan government.