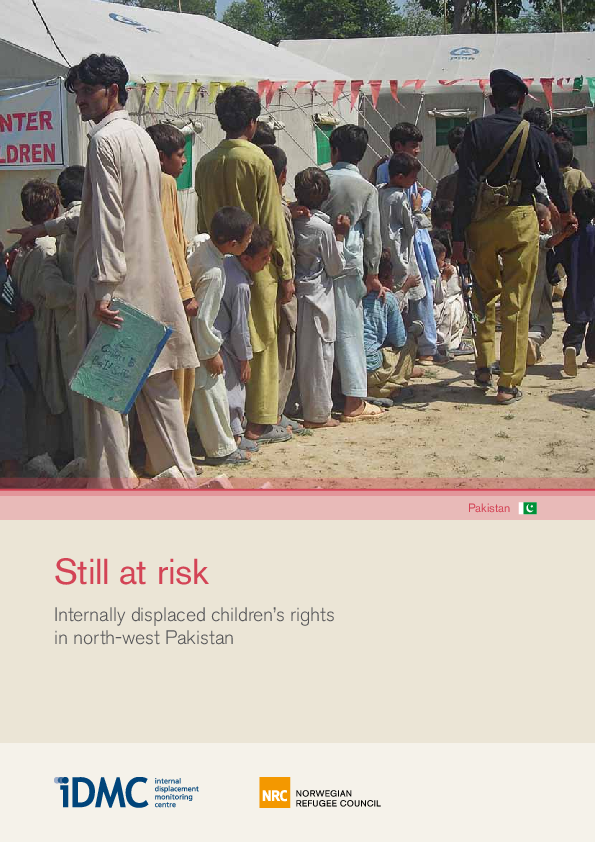 Since August 2008, more than two million children have been forced from their homes in north-western regions of the country by fighting between government forces and militants of the Pakistani Taliban. Around 800,000 children are still displaced in mid-2010. Over a million have returned to their home areas, but they still face hardship because of the extensive destruction of homes, schools and other infrastructure, and risk being forced into early marriage or child labour as their families face destitution.