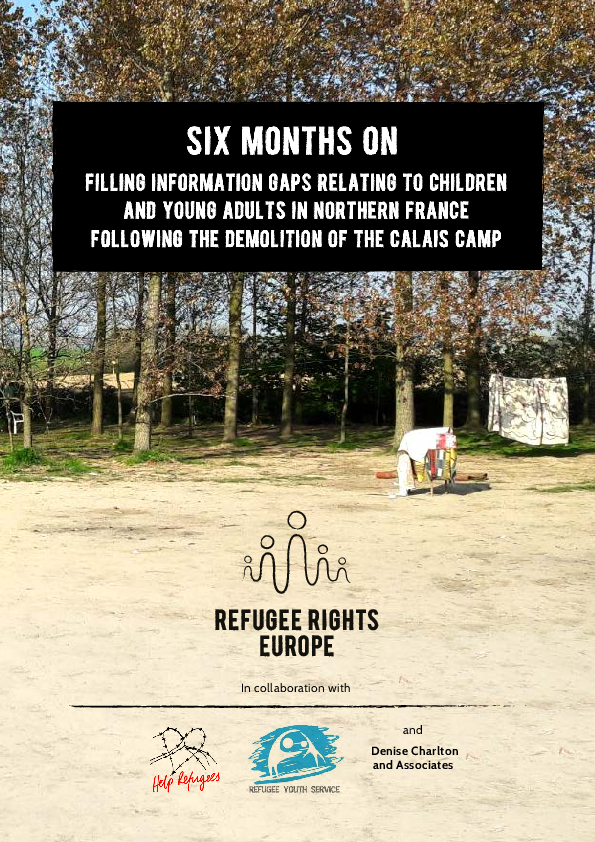 Six Months On: Filling information gaps relating to children and young adults in Northern France following the demolition of the Calais camp

Six months after the demolition of the so-called ‘Jungle’ camp in Calais, hundreds of refugees and displaced people continue to reside in the region. Six Months On investigates the issues that both adults and minors face, including police and citizen violence, and an absence of legal advice.

The report is based on interviews with 213 individuals – some 43% of the displaced people thought to be living in the region, including 42% of estimated minors. This makes it the largest study of its kind in Calais and the surrounding area since the camp’s demolition.