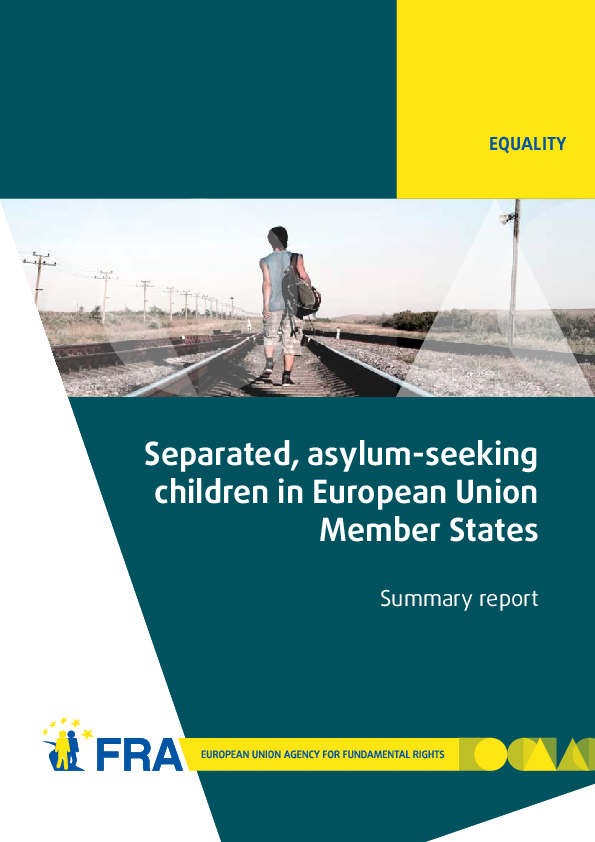 The FRA has published a summary report on ‘Separated, asylum-seeking children in European Union Member States’ that reveals many shortcomings and deficiencies in the care provided to asylum-seeking children in the European Union. More than 300 separated, asylum-seeking children and the adults responsible for their care were interviewed face to face in 12 EU Member States – Austria, Belgium, Cyprus, France, Hungary, Italy, Malta, the Netherlands, Poland, Spain, Sweden and the United Kingdom. The interviews revealed that separated, asylum-seeking children, although under State care, often live in accommodation that is unsuitable for them, including in detention, even if they have not committed a crime, or under strict curfew rules. The minors frequently lack quality medical care and access to appropriate education and training; their religious needs are not always respected or fulfilled; they can be victims of discrimination with little opportunity for redress, or even mistreated.