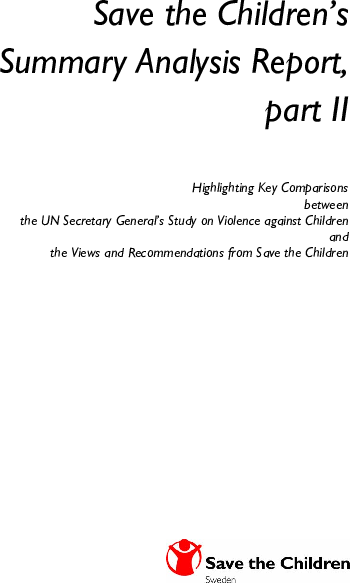 ‘Save the Children’s Summary Analysis Report, part II’ is a brief report highlighting some key comparisons between the UN Secretary-General’s Study on Violence against Children and the views and recommendations from Save the Children. It also identifies key gaps concerning the recommendations made by children and young people, which have not been adequately reflected in the UN Study. The two summary analysis reports produced by SCS (Part I and part II) prior to the completion of the UN Study could be used at national, regional and international levels as complements to the UN Study and be incorporated into governments action plans