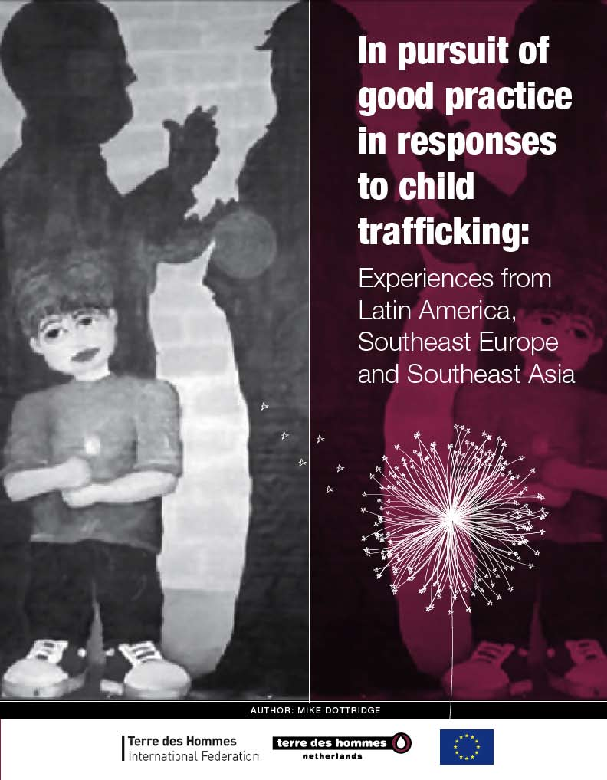 In March 2007, a consortium of NGOs, consisting of five Terre des Hommes organisations and eight other partner organisations in three regions of the world, started a project entitled ‘Enhancing capacity to address trafficking in especially children from a human rights perspective in Southeast Asia, Southeast Europe and Latin America’. It involved organising activities in 12 countries over three years and was co-financed by the European Commission under the European Initiative for Democracy and Human Rights (EIDHR). This study discusses methods used in the course of this action and was prepared during its third and final year. It was finalised in December 2009, shortly before the project was due to come to an end in February 2010. The study is intended to share the project’s experiences about good practice, based on initiatives in three regions, with other practitioners in the fields of anti-trafficking and child protection.