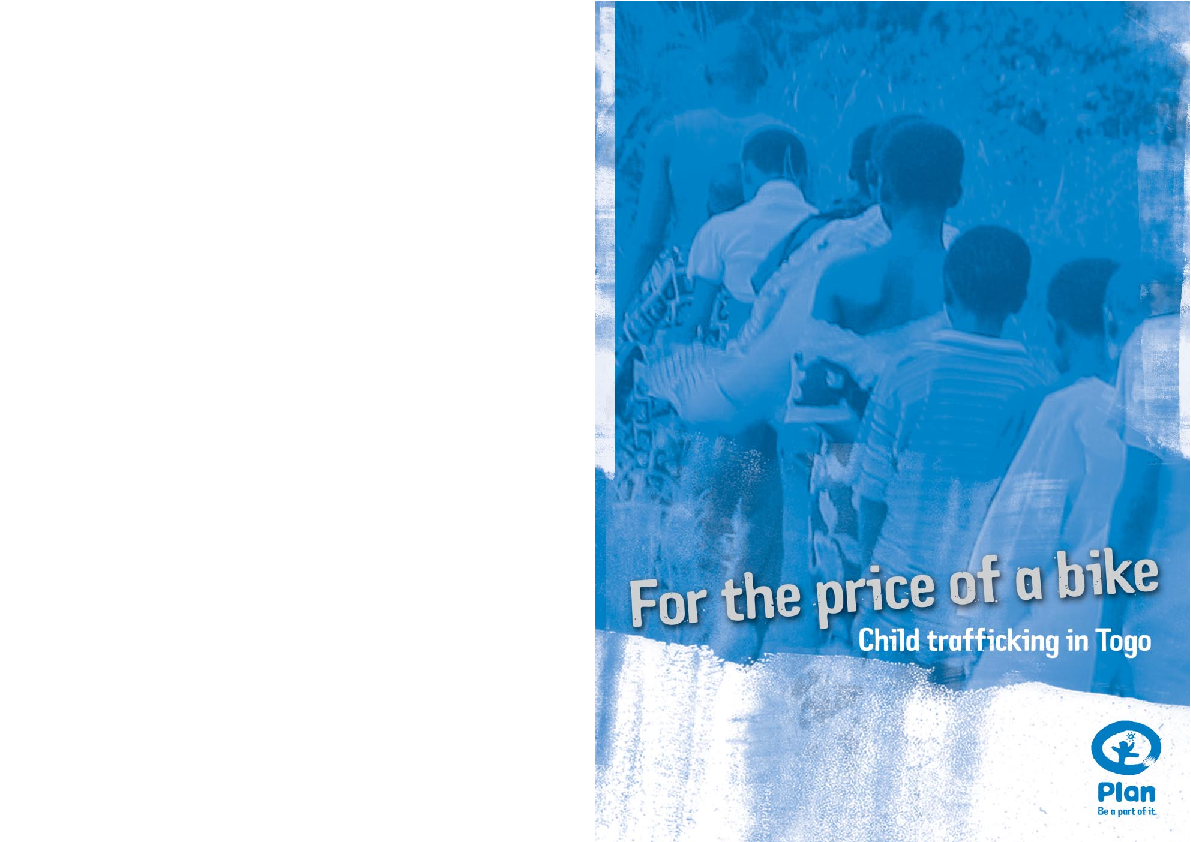 For the price of a bike: child trafficking in Togo

The trafficking of children is one of the most severe violations of human rights in the world today, involving over 1,000,000 children worldwide and hundreds of thousands of children in West Africa alone. This report looks into the extent, causes, forms and consequences of child trafficking in Togo, and highlights Plan Togo’s work to tackle the problem.To research this report, 4 Togolese experts (from the disciplines of sociology, anthropology, socio-demography and economics) studied existing documentation, and consulted with government bodies and non-government organisations, the police and customs officers. They also interviewed parents in 650 households, and found out that almost 67% of the families reported that one or more children in their household had been trafficked. The views of ‘non-victim households’ and focus groups were also studied. Since the publication of this report, Plan Togo has been refining its strategy for tackling the problem and has identified a number of issues that require further research and action.

For the price of a bike: child trafficking in Togo