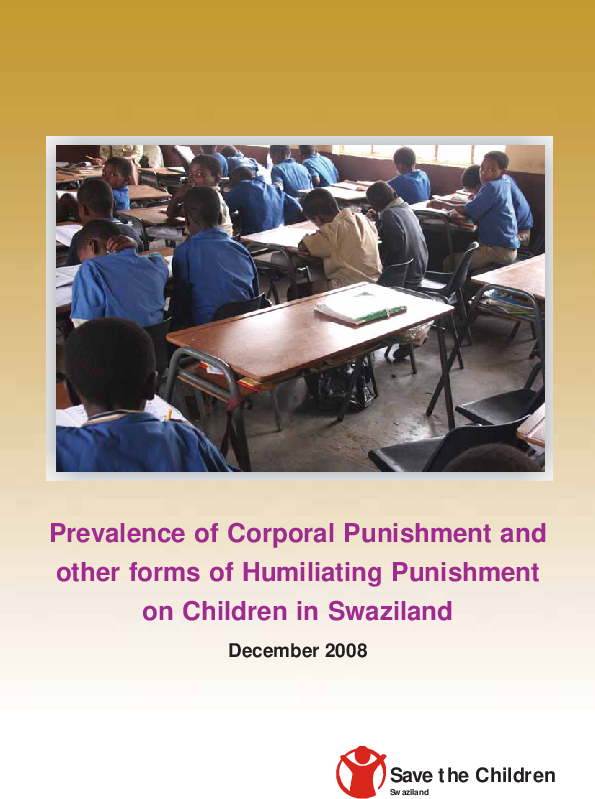 This study’s aim is to establish the prevalence of corporal and humiliating punishment on children in both schools and homes. Participation in the study was from pupils, teachers and parents in the four regions of the country on Save the Children project sites. The main objective of the study is to determine the prevalence of corporal punishment and the extent to which it is practiced on children.