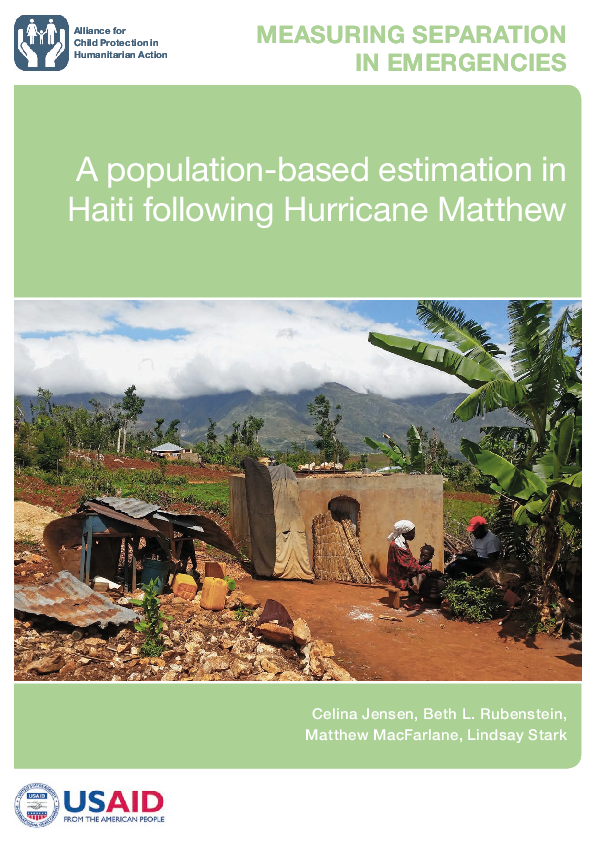 The Measuring Separation in Emergencies (MSiE) project is an interagency initiative funded by the USAID Office of Foreign Disaster Assistance (OFDA) and is coordinated by Save the Children in partnership with Columbia University.

The first report and its corresponding summary focus primarily on the population-based estimation approach, developed by Columbia University, and the field-testing of this approach in the Sud Department of Haiti from February to March 2017. The Save the Children International office in Haiti hosted the pilot research.

The second report focus on the residential care approach, developed by Columbia University, and field-tested in Les Cayes in April 2017. The pilot was undertaken immediately following the field-testing of the population-based estimation, which was carried out from February to March. Multiple data collection methodologies to gather evidence on the number and characteristics of children moving into residential care facilities following Hurricane Matthew were used.

Columbia University, Save the Children, The CPC Network, Child Protection in Crisis, USAID, US Agency for International Development 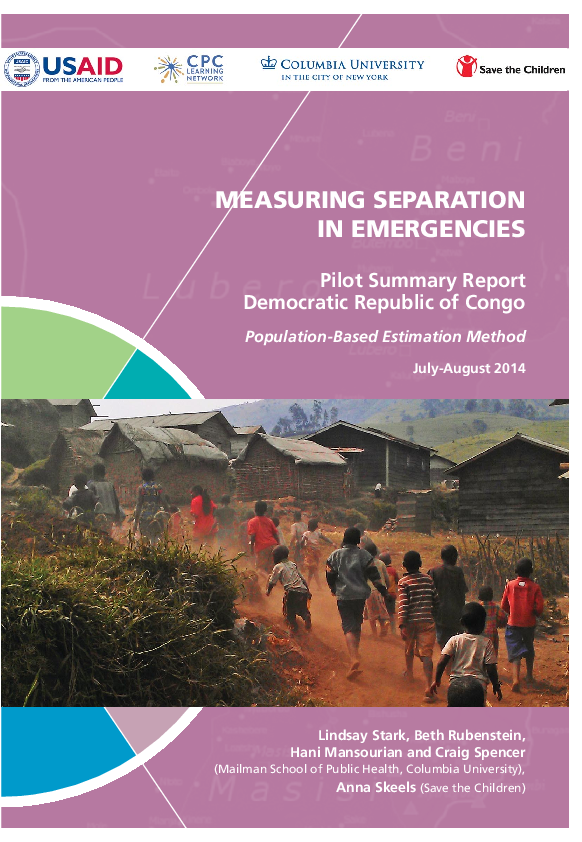