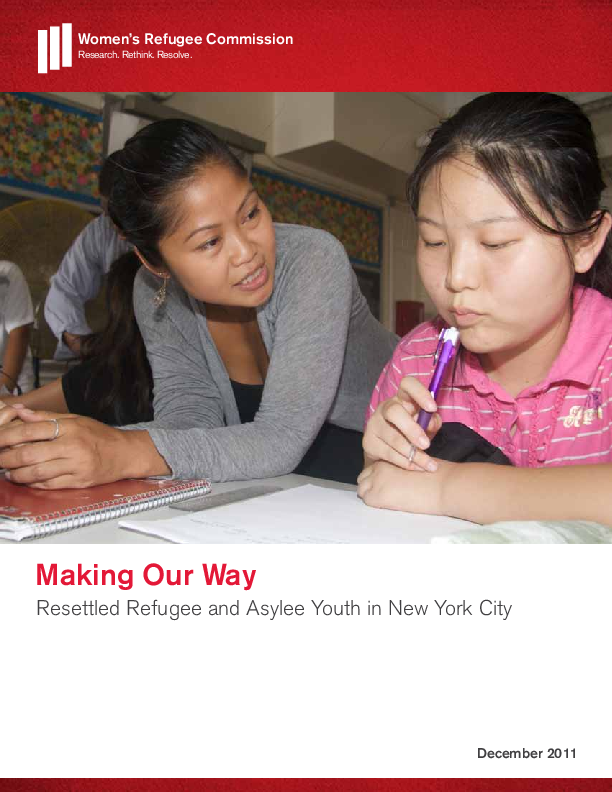 The Women’s Refugee Commission (WRC) met with refugee and asylee displaced young women and men in New York City from 11 well-represented nationalities from December 2010 through May 2011 to learn about their experiences in displacement and resettlement to the United States. Specifically, WRC asked them what education, skills training and employment opportunities they were able to participate in while they were displaced to build their capacity to support their study and work transitions. WRC asked what programs and services would have been helpful to them, and what could be done to better prepare displaced youth for resettlement to the United States, now and in the future. Examining the transitions of resettled youth as they try to integrate into U.S. education systems and labour markets highlights their need to build skills and gain experience while displaced that can support them wherever they may go.