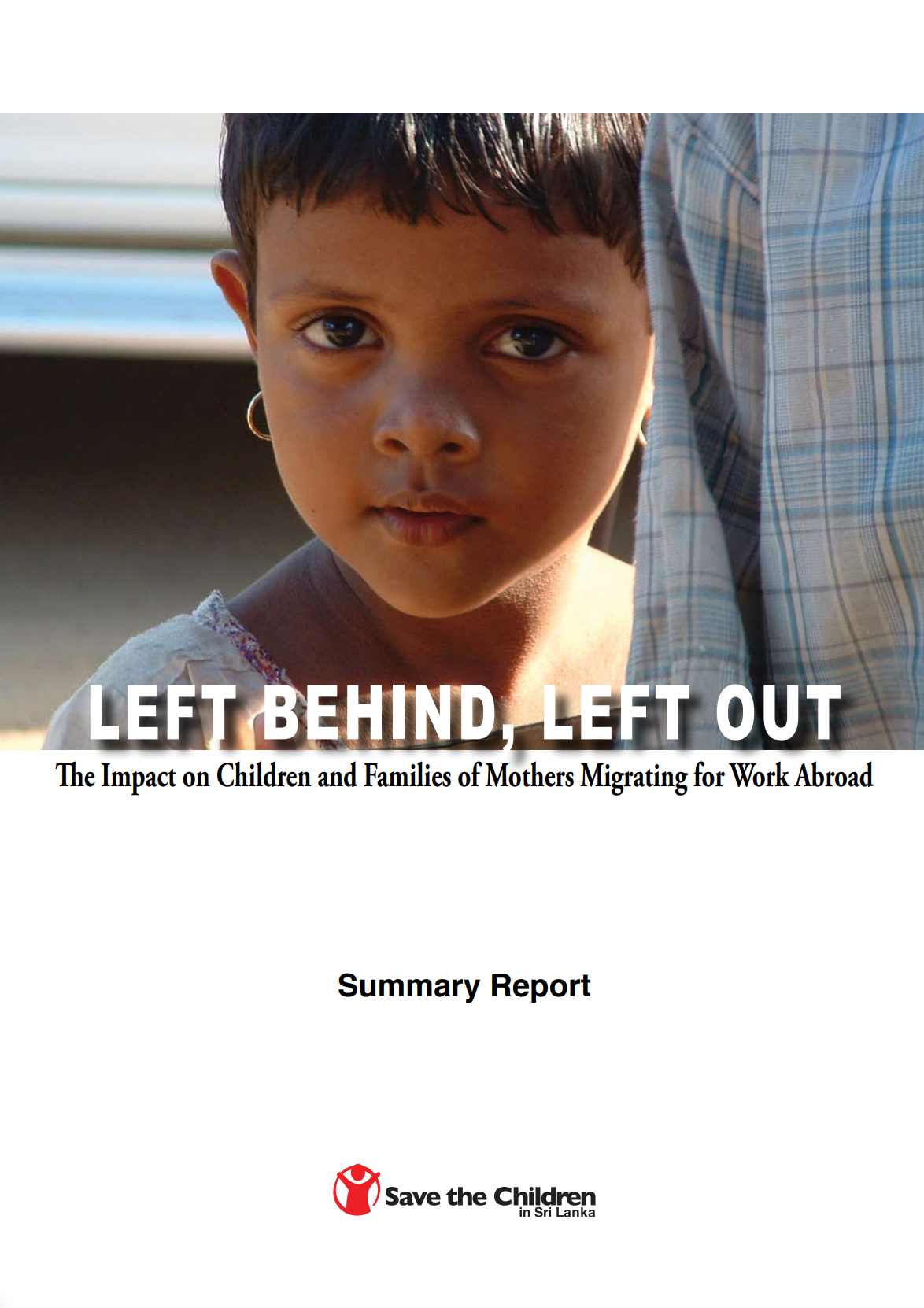 Left Behind, Left Out: The impact of children and families of mothers migrating for work abroad: Summary report

‘Left Behind, Left Out: The Impact on Children and Families of Mothers Migrating for Work Abroad’, conducted by Save the Children in Sri Lanka, is a study on the crisis facing Sri Lankan families when a mother works abroad. The study confirms many past findings but also incorporates a new, important one – the role played by the father in child- rearing in the absence of the mother who has migrated for work.  The study, carried out throughout 2005, was conducted using a random sample of 1,200 households of migrant mothers and confined to the Colombo and Kurunegala districts which have the highest incidence of female migration. Interviews were conducted with 400 children.

The report says that up to a million Sri Lankan children are affected by their mothers migrating for work, and that the children and families left behind by migrant women are “left out” by an entire system that has yet to adequately and fully recognize and appreciate the considerable contribution to national income made by these women. Structures and mechanisms to oversee the emotional, psychological and social impact on children and families of the long-term absence of the maternal figure are not in place, and where they are present they are extremely weak, the study found. Of particular note, is the clear negative impact that migration of women has on the education of children and the greater potential for neglect.

The study includes policy proposals that address the needs and concerns of the children of migrant workers, particularly those below six years.

Left Behind, Left Out: The impact of children and families of mothers migrating for work abroad. Summary report