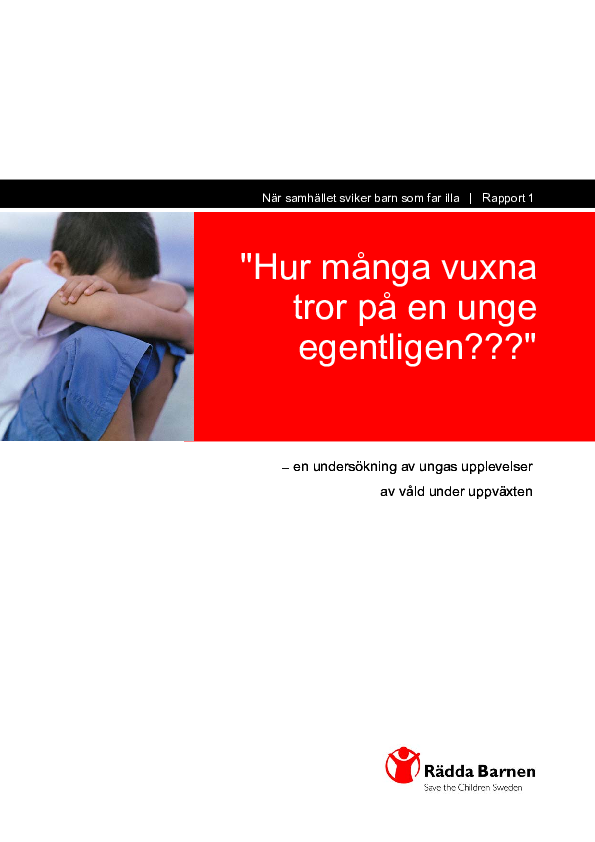 A survey conducted among 1761 adolescents on the Swedish social networking website for teenagers ‘Lunarstorm’ to find out whether they had been exposed to violence at home during childhood, revealed that 15% of the young people questioned had been beaten by their parents at some point in their lives, and 12% had seen or heard their father/stepfather hit their mother/stepmother. Violence against children remains a significant social problem, which needs to be taken seriously. The report looks at what happens when our society fails to protect children in need, and makes recommendations for action prior to the Swedish general elections in September 2006.