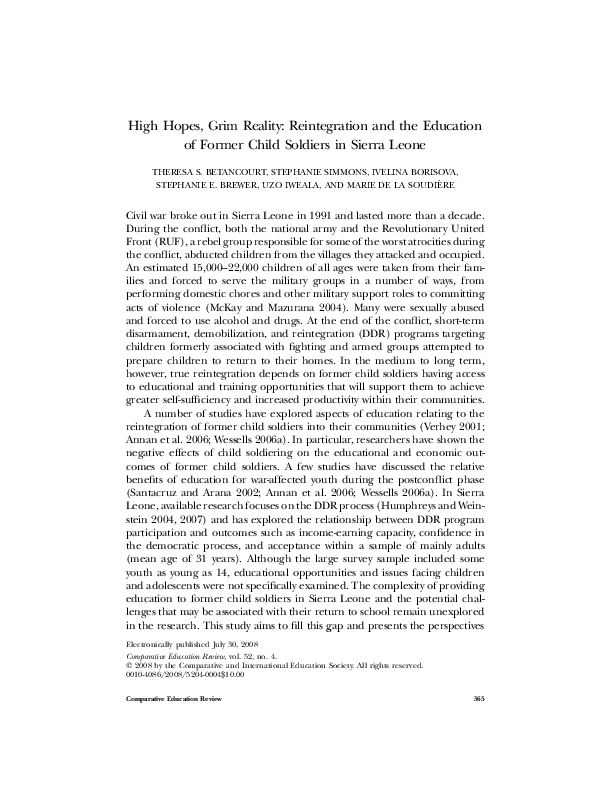 A number of studies have explored aspects of education relating to the reintegration of former child soldiers into their communities and have shown the negative effects of child soldiering on the educational and economic outcomes of former child soldiers. A few studies have discussed the relative benefits of education for war-affected youth during the postconflict phase. In Sierra Leone, available research focuses on the disarmament, demobilization, and reintegration (DDR) process and has explored the relationship between DDR program participation and outcomes such as income-earning capacity, confidence in the democratic process, and acceptance within a sample of mainly adults (mean age of 31 years). Although the large survey sample included some youth as young as 14, educational opportunities and issues facing children and adolescents were not specifically examined. The complexity of providing education to former child soldiers in Sierra Leone and the potential challenges that may be associated with their return to school remain unexplored in the research.

This study aims to fill this gap and presents the perspectives of former child soldiers in Sierra Leone, their caregivers, and community members speaking to the role of education in their psychosocial adjustment and community reintegration following the end of the civil war that began in 1991.