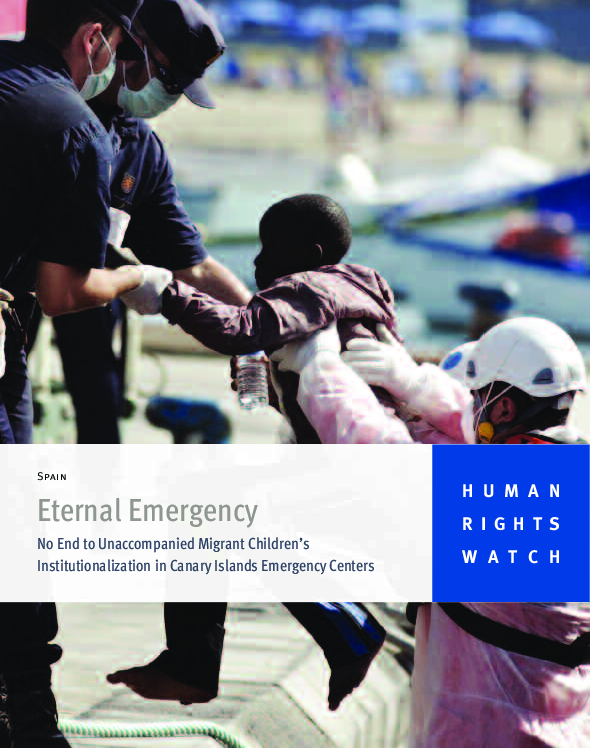 The Canary Islands were in the spotlight of international media attention in 2006 when more than 30,000 migrants arrived in rickety boats from West Africa. Among them were 928 children who arrived without a parent or care-giver. These children are entitled to special protection from the state under Spanish and international law, and Canary Islands authorities at that time hastily opened temporary structures to house them—so-called emergency centers.

Three years later, the Canary Islands government continues to keep its emergency centers open. At the time of our research, they housed 276 children, with 201 accommodated in large-scale facilities of 50 and more children. The authorities have not included the centers within the existing legal framework that defines minimum standards for temporary care nor have they established occupancy limits. As a result centers provide widely different conditions, including conditions that fall short of international and national standards. Conditions, practices, and the lack of safeguards against abuse mean that children’s rights under national and international law are not being met.