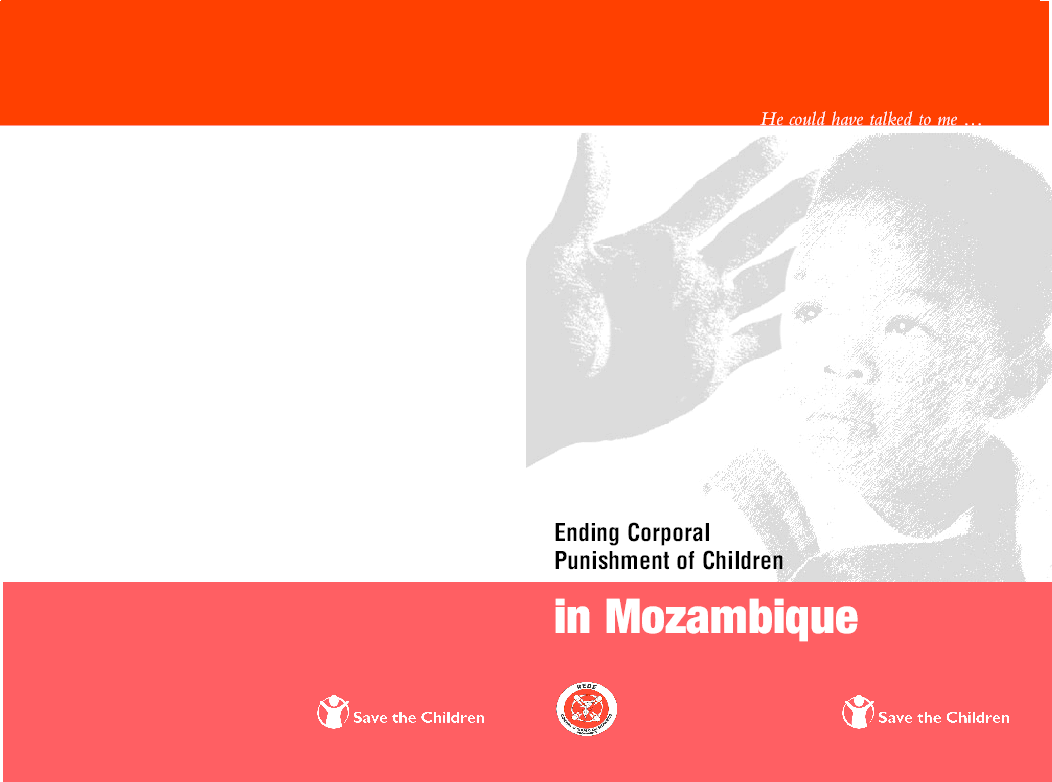 Save the Children Sweden’s report “Ending Corporal Punishment of Children in Mozambique” is calling on parents and teachers to adopt positive and non-violent means of disciplining children as a way of promoting peaceful and non-violent societies. In the report, 2,600 Mozambican children raised their concerns on violent means of discipline, especially in the home and at school. They seek a life free from violent, humiliating and degrading forms of discipline and are asking parents and teachers to first take time to talk to them and to use non-violent forms of discipline instead of beating them. One of the major contributors to corporal punishment is the lack of knowledge about the harmful and lasting effects it has on children. Legislation alone will not end the use of corporal punishment. It needs to be coupled with a deliberate programme on awareness-raising and public education to change attitudes and to promote positive.