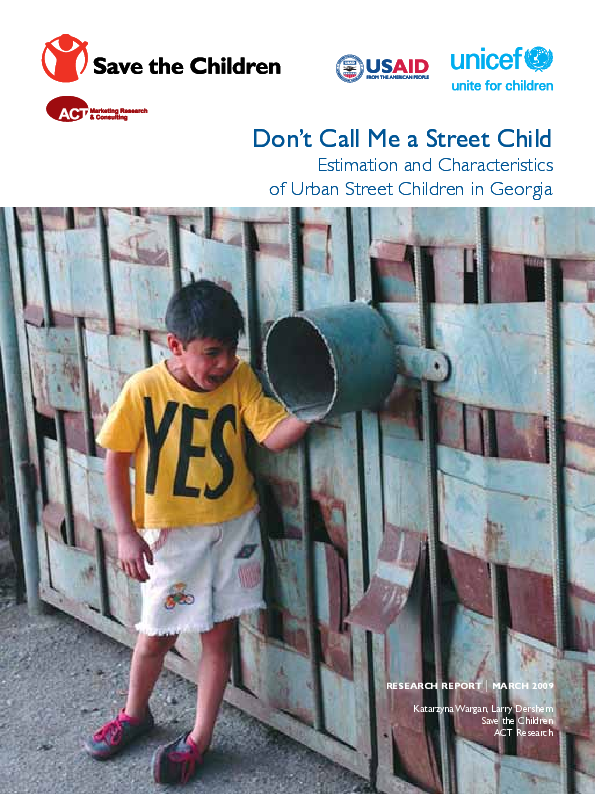 Don’t call me a Street Child: Estimation and Characteristics of Urban Street Children in Georgia

This study is the first comprehensive assessment of street children ever done in Georgia and sets a unique precedent as few such studies have been carried out anywhere in the world. The research aimed to provide estimated numbers of street children in the four target urban locations and describe their characteristics so that evidence-based policy and programmatic recommendations could be drawn. The study used a three stage approach: a) pre-surveillance Time-Location Mapping; b) quantitative Point-Count Estimate, and; c) face-to-face interviewing. All three stages were implemented during the three months of June, September and November of 2007. Data entry and cleaning and data analysis took place in February/March of 2008.

Don’t call me a Street Child: Estimation and Characteristics of Urban Street Children in Georgia