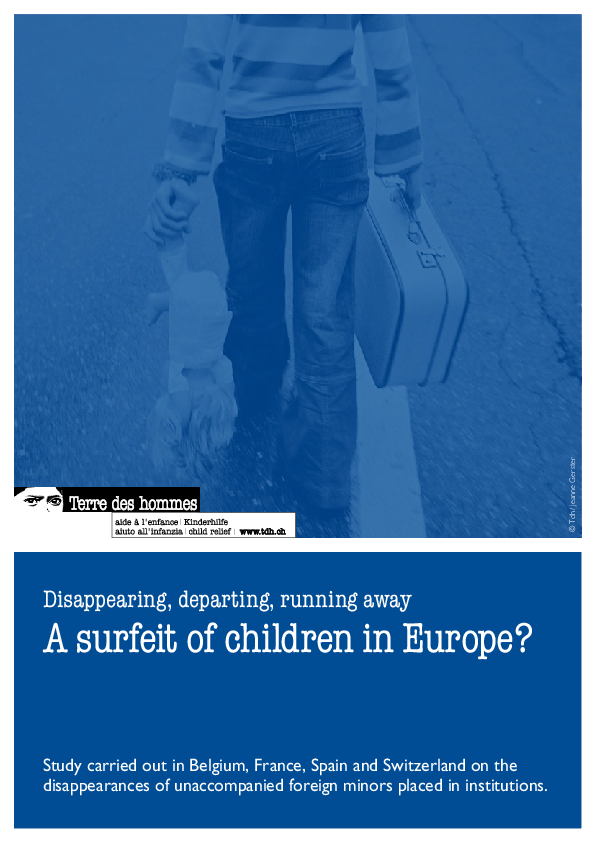 Disappearing, departing, running away. A surfeit of children in Europe?

Terre des hommes – Child Relief Foundation carried out, in 2008 and 2009, an investigation in 4 countries on the disappearance of several unaccompanied foreign minors from the institutions in which the judicial or administrative authorities had placed them. Some clarifying observations resulting from interviews conducted with approximately 90 professionals in charge, were: 1. the disappearance of children from institutions is not a marginal or rare phenomenon: it is a variable but significant percentage of a given population which can reach 50% depending on the institutions or countries concerned; 2. the phenomenon is known at local and regional levels, but the publication of consolidated national statistics is non-existent in the contexts which we investigated; 3. the different criteria at local and regional levels for taking minors into care and supporting them, that fact that the services concerned operate in isolation, as well as the variety of terms used (disappearances, running away, departure without forwarding address etc.), do not make it easy to determine the scope and seriousness of the phenomenon; 4. some of the people in charge of institutions consider the term disappearance to be inappropriate, as for some this would call for the initiation of a judicial investigation; a very small minority of these people consider the disappearance to be simply the minor’s free choice; and 5. some other people in charge of institutions recognize their direct professional responsibility in the phenomenon which they consider to be even more serious as they realize their helplessness regarding its reduction.

Disappearing, departing, running away. A surfeit of children in Europe?