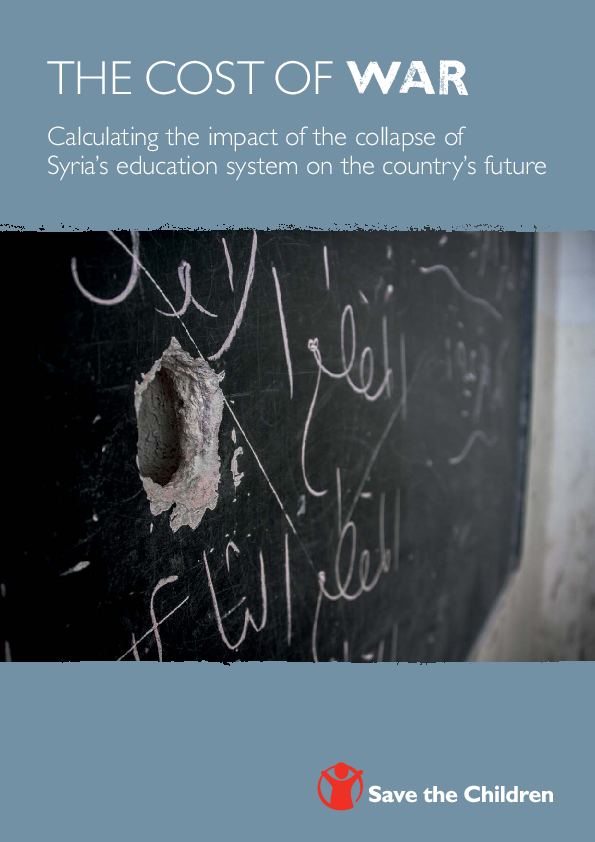 The Cost of War: Calculating the impact of the collapse of Syria’s education system on the country’s future

The war in Syria is approaching its fourth anniversary and nearly 3 million Syrian children are out of school, putting them at risk of exploitation and threatening their futures. Unless this situation is urgently addressed, the prospects for eventual peace, stability, and economic prosperity look uncertain.

Save the Children is calling on donors, countries that host refugee children from Syria, parties to the conflict, and the international community to make 2015 the year that Syrian children get their futures back.

This publication describes the current education crisis in Syria and neighbouring refugee host countries. It then discusses the financial impact of an extended education crisis, both the direct and indirect consequences of violence in and against schools as well as limited access to classrooms for Syrian school-age children.

The Cost of War: Calculating the impact of the collapse of Syria’s education system on the country’s future