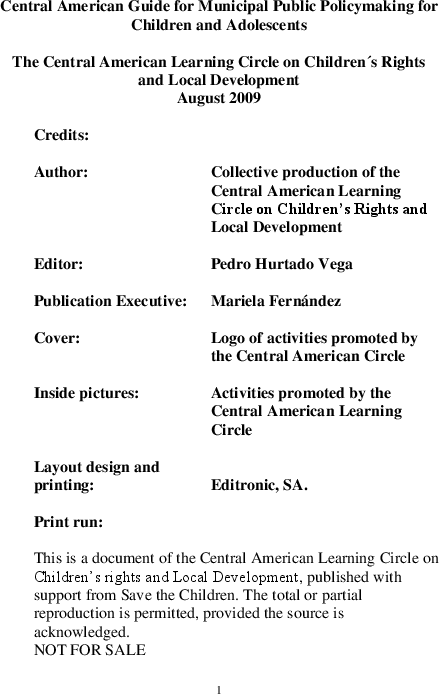 By the end of 1999, an action-reflection group emerged in the countries of Central America and became known as the Central American Learning Circle on Children’s Rights and Local Development (Círculo Centroamericano de Aprendizaje sobre Derechos de la Niñez y Desarrollo Local ), which main purpose has been to contribute to and support the promotion, defence and fulfilment of the rights of the child within the municipal context. This Learning Circle has organized events across the region which were attended by representatives of more than 200 Central American local governments and delegations, children, organizations, institutions, networks and movements. Parallel seminars focusing on specific themes have also been held, seeking to involve as many as possible in the exchange of experiences. This report gives an insight into the First Seminar for Mayors held in the town of Copán Ruinas, Honduras, in November 2007, aimed at promoting dialogue and participation among Municipal Government representatives, organizations and networks involved in child rights work. The work continued in a second seminar held in August 2008 in Granada, Nicaragua, which dealt specifically with municipal public policies for children and adolescents. 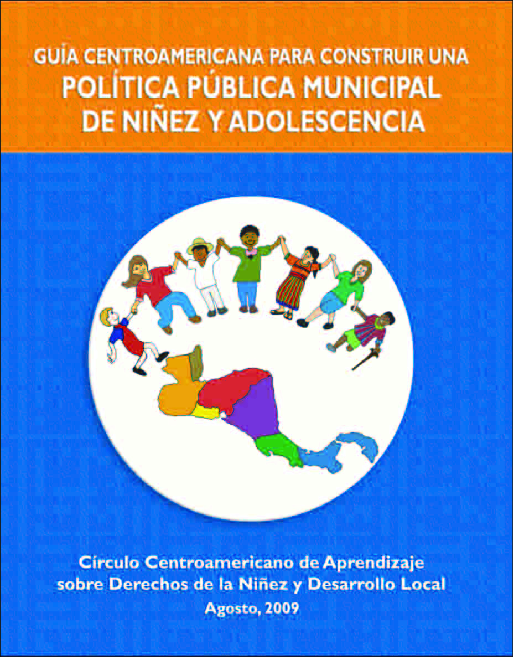