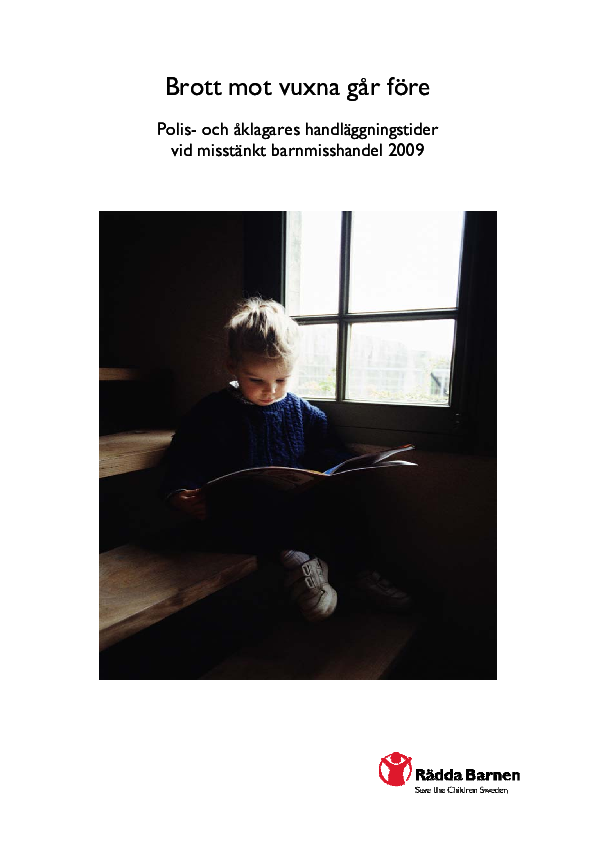 In Sweden, police reports about child abuse and neglect are given low priority and authorities do not comply with current legislation regarding offences against children. The reporting rate for offences against juveniles is substantially lower than for offences against adults. This Save the Children report shows that children sometimes wait over eight months for an interview with the police and more than a year for a decision about whether to prosecute in the matter. The report also shows the processing time standards for 2009 before a case is brought to trial, and describes the negative effect these long judicial processes have on children suspected of being abused.