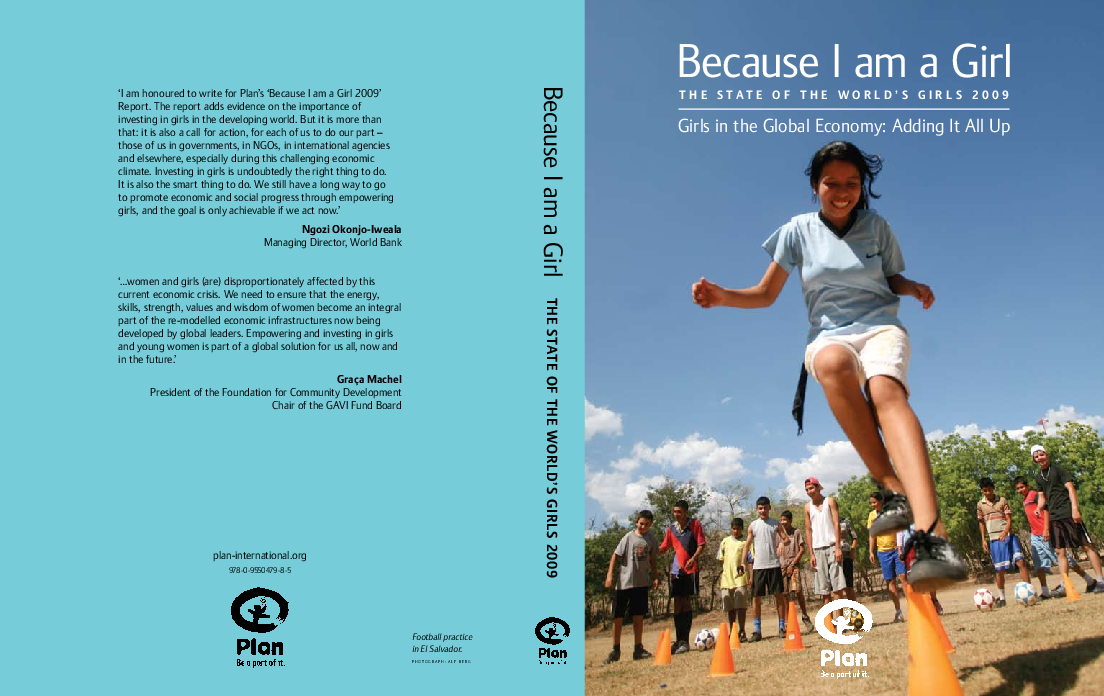 Because I am a girl – The state of the world’s girls 2009 – Girls in the global economy: adding it all up

Because I am a Girl: The State of the World’s Girls 2009’ is the third in a series of annual reports published by Plan examining the rights of girls throughout their childhood, adolescence and as young women. Focusing on girls in the global economy, the report warns that failing to send girls to school is costing the world’s poorest countries billions of pounds each year. No education means girls are confined to dangerous, unskilled work – neglecting their earning potential and slowing a country’s recovery from the current financial crisis. The global economic downturn also means girls in the developing world are the first to lose their jobs, may end up in the sex trade and are more likely to die young.This year’s report is published in the midst of a global recession which brings its topic sharply into focus. In times of financial stress it is often girls and young women whose futures will b the most affected and the most neglected.

Because I am a girl – The state of the world’s girls 2009 – Girls in the global economy: adding it all up