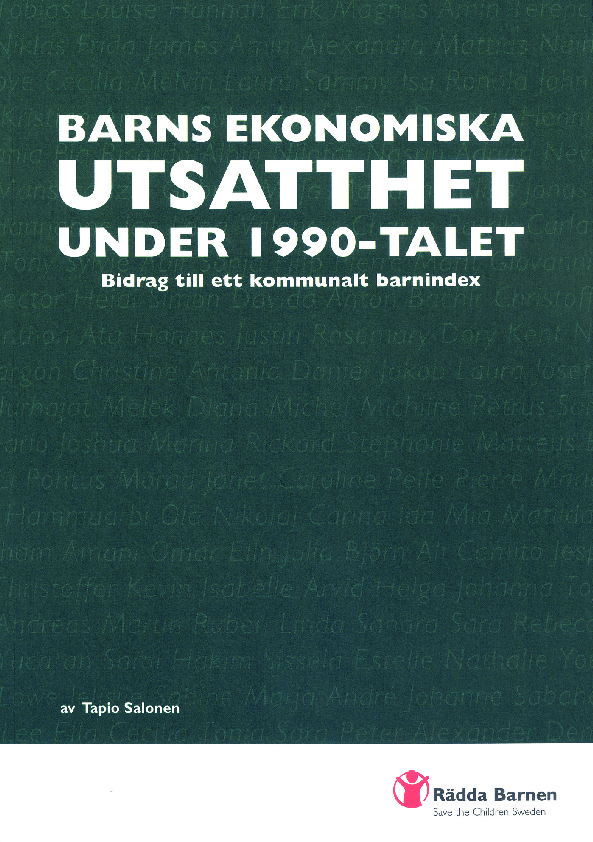 This study highlights the financial situation in Sweden during the 1990s. In Sweden, as in many other Western European countries, the decade of 1990s was clouded by an economic downturn and the Swedish welfare system was placed under considerable strain. According to Sweden’s National Board of Health and Welfare, poor people in Sweden not only grew more numerous but became poorer during the 1990s in both absolute as well as relative terms.
Although children in Sweden are largely protected economically, child poverty increased during the 1990s, and by the year 1999, around 345 000 children were living in poor households, the most exposed groups being children of immigrant parents and children whose parents have low education levels (unemployment levels are significantly high in families with a foreign background). Children belonging to this group of families are not equal in terms of development, opportunity and economy with other children.

This report also brings to light views and experiences of underprivileged families in Sweden.