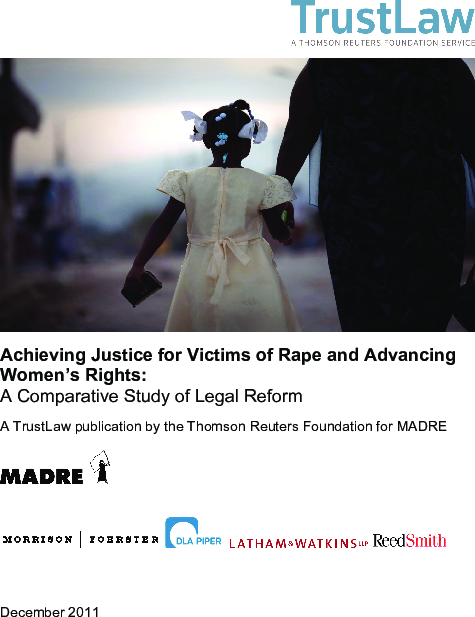 TrustLaw has produced a research study to support the reform of rape legislation in Haiti. This is the first of two reports, prepared at the request of MADRE, the international women’s human rights organisation. It focuses on the rape laws and procedures in five jurisdictions while the second one will compare current and proposed Haiti law with the best practices identified in six countries – Brazil, Canada, France, South Africa, Sweden and the United States (California, New York and Pennsylvania states). The report supplies concrete examples of laws and policies that implement women’s human rights. It includes models for statutes, protocols for victim services and guides to police and prosecutorial procedures that respect the experiences of victims and advance gender justice.The report is mainly intended for those advocating for or developing gender-based violence laws.