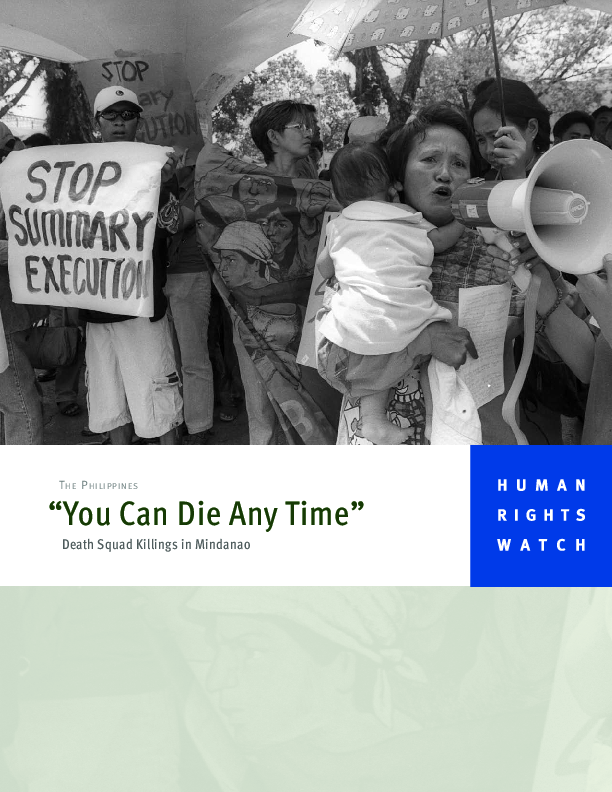 “You Can Die Any Time”: Death squad killings in Mindanao

The report “You Can Die Any Time: Death squad killings in Mindanao,” by Human Rights Watch, details the involvement of police and local government officials in targeted killings of alleged drug dealers and petty criminals, street children, and others, and describes the lack of any effort by the authorities to investigate the killings and bring those responsible to justice. The Human Rights Watch investigated 28 cases of apparently targeted killings, conducting more than 50 interviews with victims’ families, witnesses, lawyers, journalists, human rights advocates, and government officials in Davao City, General Santos City, and Digos City.

“You Can Die Any Time”: Death squad killings in Mindanao