Wherever we go, Someone does us Harm: Violence against refugee and migrant children arriving in Europe through the Balkans

Children, including thousands of unaccompanied and separated children, comprise about one-third of all refugees and migrants arriving in Europe. Many of these children come through the Balkans, travelling through countries including Greece, Bulgaria, Serbia, and Bosnia and Herzegovina. These are seen as transit countries by refugees and migrants as they try to continue their way toward Western Europe.

In this report, Save the Children and the Center for Interdisciplinary Studies at the University of Sarajevo present in-depth research into the level and types of violence that children experience while attempting to reach Western Europe via the Balkans route, the circumstances of that violence, and the policies and practices that exist to support children. They also make recommendations for governments, NGOs and other stakeholders to strengthen the protection and support available to these children.

Every child who participated in this research recounted being subjected to physical, psychological, sexual or other types of violence, directly or indirectly. This violence occurred in their country of origin, during their journey, when crossing borders, in reception, asylum and detention centres, in squats, in the street and in the workplace.

The research was conducted in Bosnia and Herzegovina and Serbia, key transit countries on the threshold of the European Union and on the way to Western Europe. It is based on in-depth interviews with 48 children aged between 13 and 19 years old. This report also draws on focus group discussions with 27 professionals in Bosnia and Herzegovina and Serbia, mostly field workers who had extensive experience working with refugee and migrant children, and an extensive literature review. The findings of this research were analyzed thematically and interpreted within several keys: using ecological systems theory, an approach based on the rights of the child, and on trauma and resilience-based knowledge.

Wherever we go, Someone does us Harm: Violence against refugee and migrant children arriving in Europe through the Balkans

Executive Summary: Wherever we go, Someone does us Harm: Violence against refugee and migrant children arriving in Europe through the Balkans 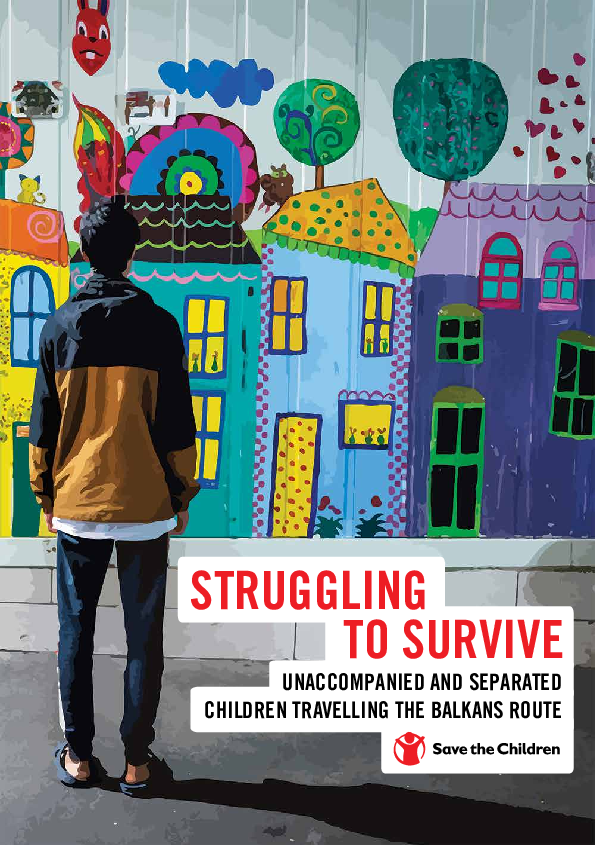 Struggling to Survive: Unaccompanied and separated children travelling the...