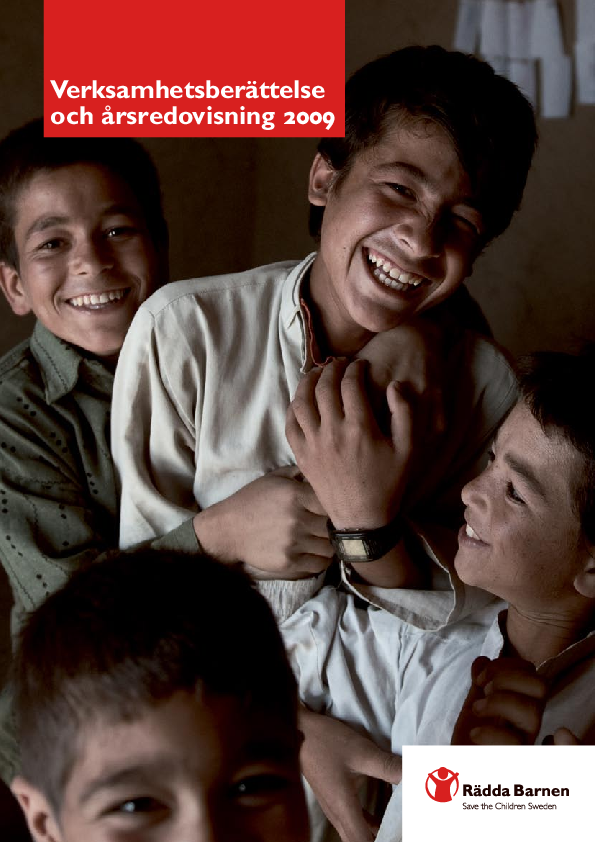 The year 2009 is an opportunity for Save the Children Sweden to celebrate 90 years of fighting for children’s rights. Save the Children Sweden (SCS) was formed on November 19, 1919 and 90 years later SCS is active in upholding its commitment to achieving a world where all children’s rights are fulfilled. 2009 also marked the 20th anniversary of the adoption of the UN Convention on the Rights of the Child by the United Nations General Assembly, and in 2009 it is 30 years since Sweden introduced a ban on all forms of violence and demeaning treatment of children in Sweden, reminding us what legislation and awareness campaigns can achieve – and how vital it is to keep working together to redouble efforts to protect the right of children.
This report summarises SCS’s work during 2009 both in Sweden and around the world, either through its own direct programming, policy or advocacy work or in collaboration with other organisations.