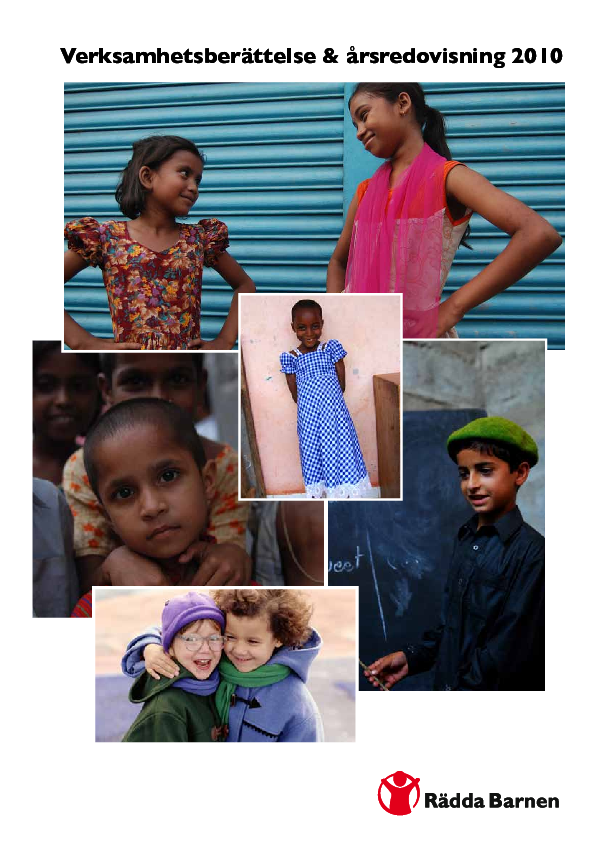 The Annual Report for 2010 shows that for the first time Save the Children Sweden (SCS) holds a position as one of the country’s leading fundraising organisations after raising in total SEK 440.1 million in 2010. Among the many achievements of the past year, the report specifically highlights the organization’s work during the two major natural disasters that marked 2010 – the earthquake in Haiti in January and the monsoon floods in Pakistan that began in July. It also addresses the advocacy work being done to promote and protect the right to education of unaccompanied minor refugees. At the national level the report brings up the issue of child poverty in Sweden and at the international level, the organization’s active engagement in ending all corporal punishment of children. Another important area of concern in 2010 was to improve the reception and care of unaccompanied asylum-seeking minors in Sweden, an initiative that has yielded many positive results.
We invite you to read the full report here and learn more about Save the Children Sweden’s achievements during 2010.