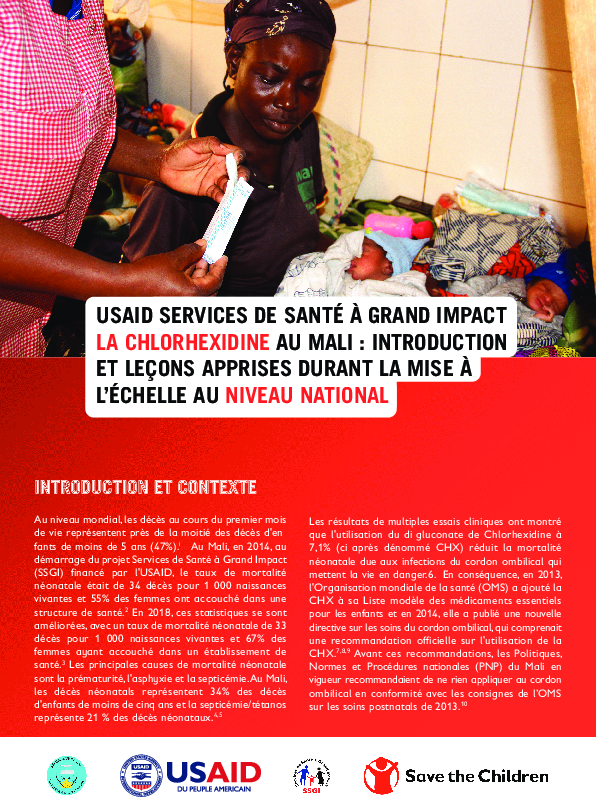 Globally, deaths in the first month of life account for almost half of all deaths in children under 5 (47%). In Mali, in 2014, at the start of the Services de Santé à Grand Impact project (SSGI) funded by USAID, the neonatal death rate was 34 deaths per 1,000 live births and 55% of women gave birth in a health facility. In 2018, these statistics improved, with a neonatal mortality rate of 33 deaths per 1,000 live births and 67% of women who gave birth in a health facility. The main causes of neonatal mortality are prematurity, asphyxia, and sepsis. In Mali, neonatal deaths account for 34% of deaths in children under five, and sepsis/tetanus accounts for 21% of neonatal deaths. The results of multiple clinical trials have shown that the use of chlorhexidine digluconate in 7.1% (hereinafter referred to as CHX) reduces newborn mortality due to infections of the umbilical cord that are life-threatening. As a result, in 2013, the World Health Organization (WHO) added the CHX to its Model List of Essential Medicines for children and in 2014, released new umbilical cord care guidelines, which included an official recommendation on the use of CHX. Prior to these recommendations, the Policies, National Standards and Procedures (PNP) of Mali in force recommended not to apply anything to the umbilical cord in accordance with WHO guidelines on Postnatal Care 2013. 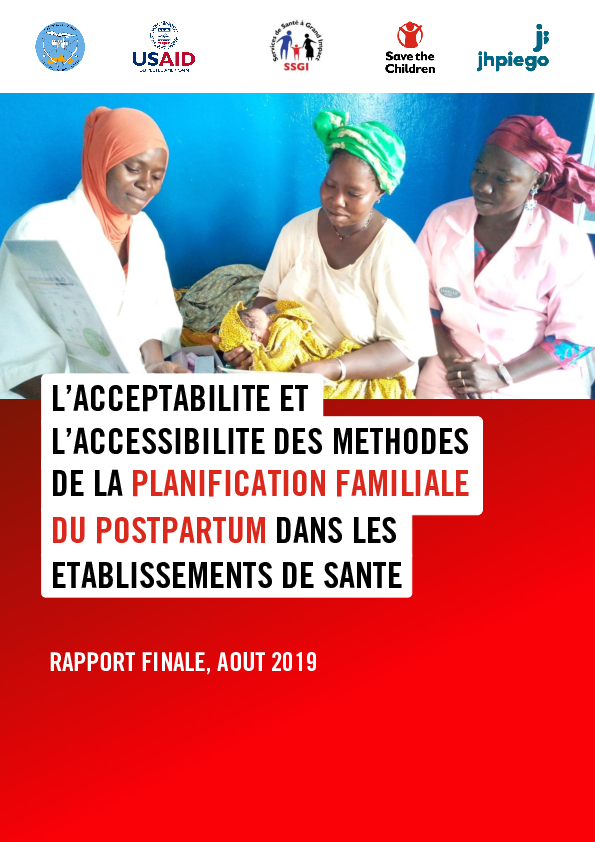 Effect of Seasonal Malaria Chemoprevention in Children Between 5 and 9...