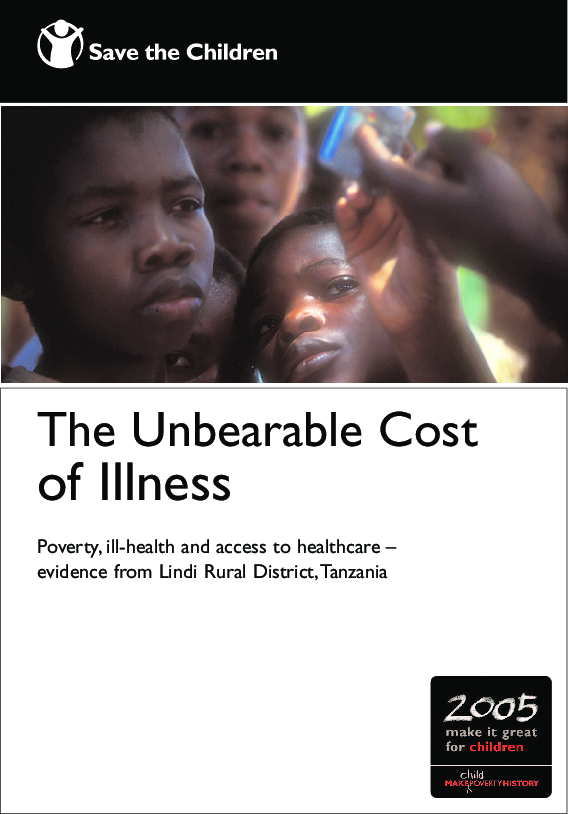 The Unbearable Cost of Illness. Poverty, ill-health and access to healthcare – evidence from Lindi Rural District,Tanzania

This report summarises the findings of extensive research into the effects of user fees for healthcare on poor households in Tanzania. Tanzania, like many low-income countries, faces difficult decisions about how to pay for healthcare. In the 1990s the healthcare system, which had been free and universal, began to share costs with patients via a system of user fees. The aim was to bring in more funds and drive up standards. But the results were disappointing: fewer people used the system and revenue from user fees was less than expected. At the same time, the quality of public sector healthcare remained low. Save the Children carried out a series of quantitative and qualitative studies in Lindi rural district in southern Tanzania in 2003-4. Information was collected about the costs of healthcare, health-seeking behaviour and the impact of chronic illness on households, with particular emphasis on poor and marginalised households. This paper summarises the results of these studies, which included: – a household survey (of 532 households); – 22 focus group discussions; – 27 key informant interviews; a Household Economy Analysis (HEA) baseline study in two livelihood zones; – in-depth interviews with 14 households affected by chronic illness; and – interviews with 21 health staff in six rural facilities

The Unbearable Cost of Illness. Poverty, ill-health and access to healthcare – evidence from Lindi Rural District,Tanzania 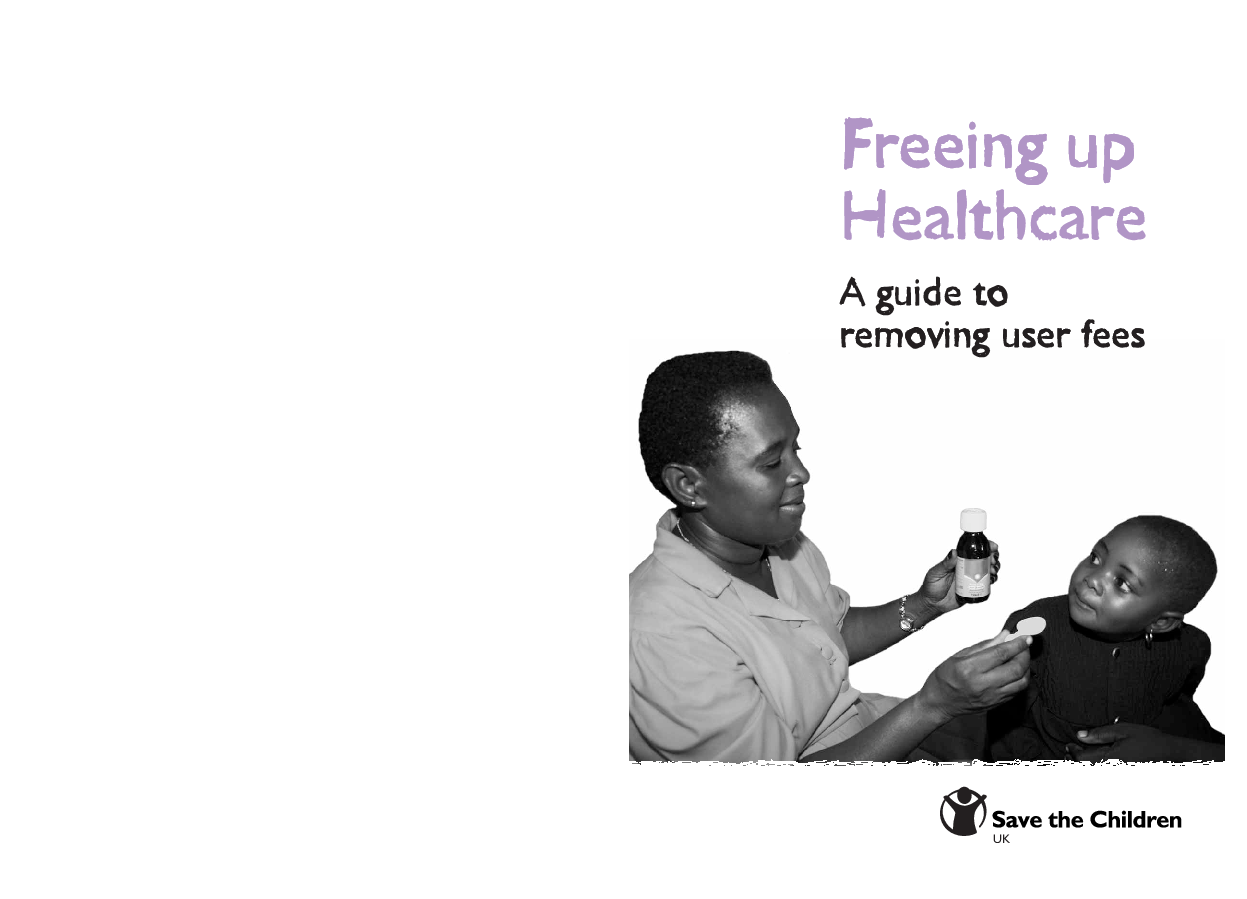 Freeing up healthcare – A guide to removing user fees