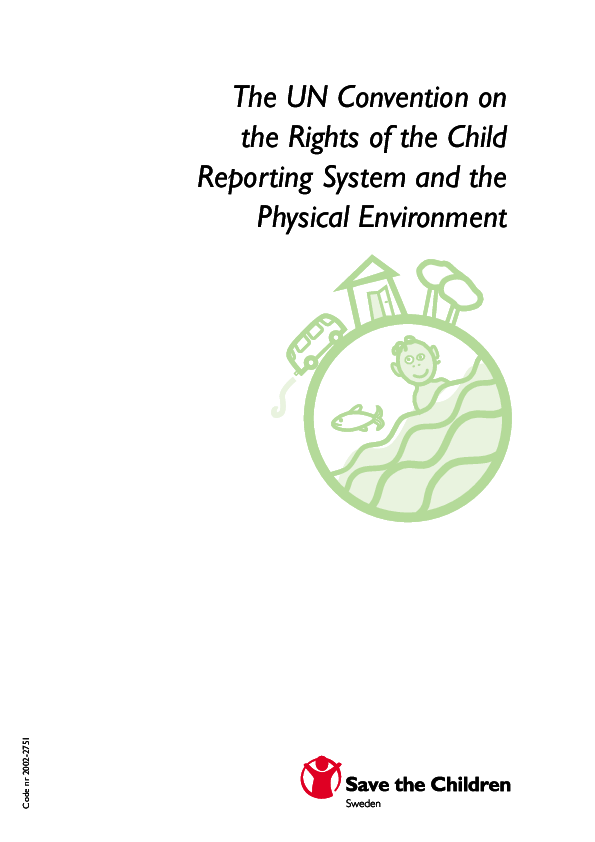 Save the Children Sweden (SCS) has been developing a focus on children’s environments, and especially the environments of urban children in low-income countries. As part of SCS’s initial exploration, a number of background documents have been produced, including these reporting guidelines. The main objective of this report is to evaluate the attention given to the physical environment in the reporting system for the UN Convention on the Rights of the Child. The following points are considered in this report :1) the Convention itself; 2) the reporting guidelines for States parties adopted by the Committee on the Rights of the Child; 3) the reports of 20 representative States parties to the Committee; and, 4) the Committee’s comments and recommendations in response to these reports.