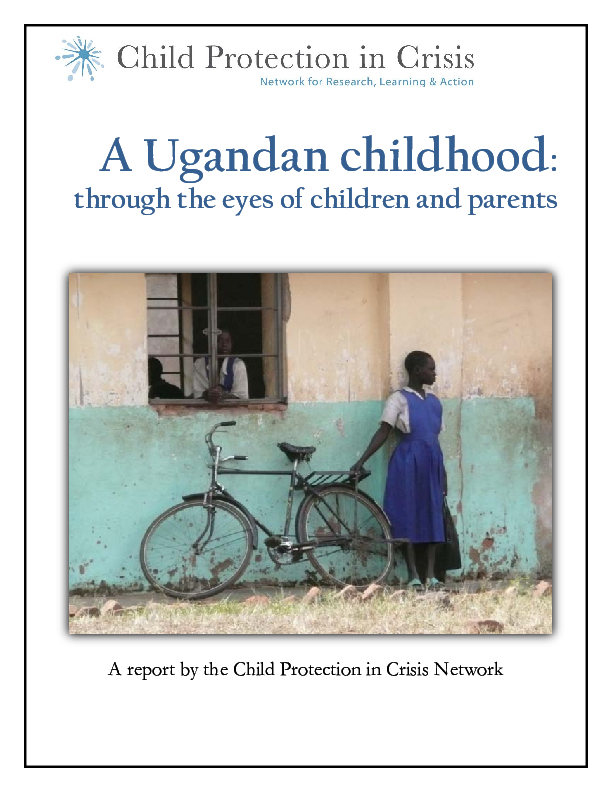 A Ugandan childhood: through the eyes of children and parents

In 2011, 320 children from across Uganda participated in a consultation on the nature of childhood in the country. Drawn from urban and rural areas in the south, north, east and west, children shared their hopes as they described what they saw ‘doing well’ as a child to mean. Over 150 parents, from the same communities, indicated their own aspirations for their children as they too described what they saw as marking those children who were ‘doing well’. The findings suggest some key characteristics defining children’s well-being in contemporary Uganda, which should shape national approaches to child protection. The consultation also revealed important differences in the perspectives of children and parents, and in expectations of boys and girls, that inform work in promoting children’s well-being across the nation

A Ugandan childhood: through the eyes of children and parents