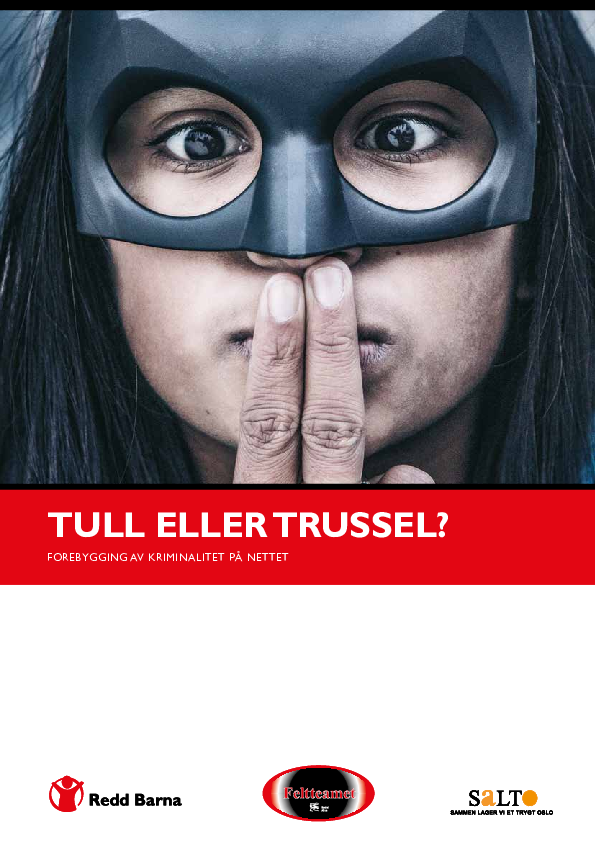 The topic of this report is young people’s use of aggressive jargon and threats online, and how employees in schools, youth clubs and child welfare services can use social media in their work to prevent threats and crime among young people. The report is part of a three-year project where the goal has been to include young people’s social life online in the work that is otherwise done to prevent crime among young people. The background for the project was a number of inquiries from schools that were unsure of how to handle and prevent harmful incidents and offenses online.

The report is based on input from young people and employees in youth outreach teams, youth clubs, schools and SaLTo coordinators (SaLTO is a collaborative model between Oslo Police District and the City of Oslo regarding prevention of crime among children and young people).

Among the findings in the report is that adults working with young people find the online world inaccessible to both themselves and other adults. Young people can easily share content that may scare and threaten their peers, including idealisation of violence and weapons, positive references to drugs and expression of extreme opinions. The low threshold for committing identity theft and creating fake profiles with other people’s names makes it difficult to uncover what has actually happened and who is behind it.

Professionals we interviewed express concern that aggressive statements are left unopposed. Young people, on the other hand, believe that they are good at filtering out hateful speech, and they claim that they leave closed groups where extreme opinions are expressed. However, there is cause for concern for young people who do not leave such groups, and are neither identified nor followed-up by adults around them.

Professionals interviewed for this report believe that being present in social media is a good starting point for dialogue with young people. Good relations with young people is the most important factor in preventing bullying, conflicts and crime.