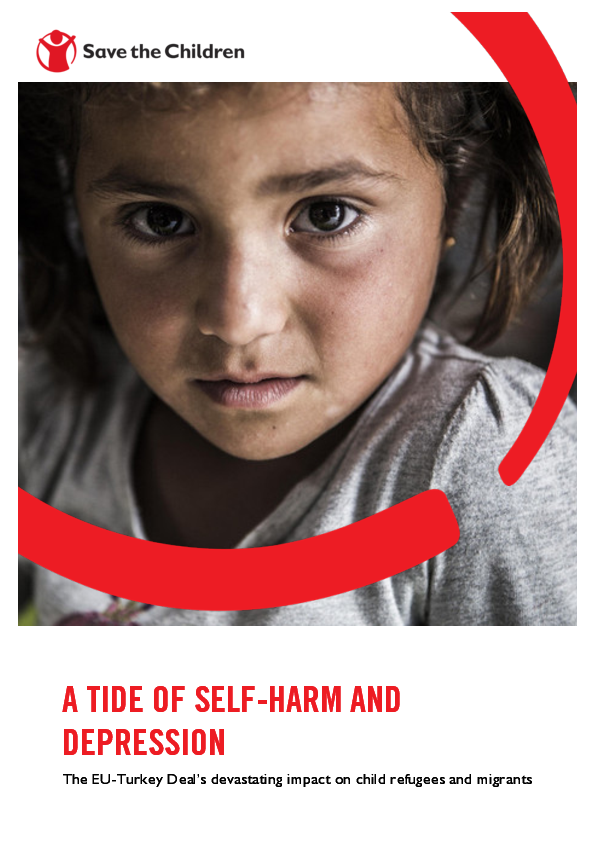 March 2017 marks one year since the start of the European Union (EU) Deal with Turkey. The Deal was introduced by the EU as a mechanism to reduce the number of “irregular” migrants and refugees arriving in Greece from Turkey, and continuing on to other parts of Europe, after the surge in numbers in August 2015.

As a result of the Deal, thousands of refugees and migrants are now stranded on five Greek islands: Lesvos, Samos, Chios, Leros, and Kos. Interviews conducted with staff from Save the Children and our partner organization Praksis, who work on the islands, reveal the extent of physical and mental damage happening to child refugees and migrants as they spend their days behind barbed wire, without access to basic services, and under constant police surveillance.

This report outlines the impact of the EU-Turkey Deal on children in eight key areas:

Child refugeesChildren on the move