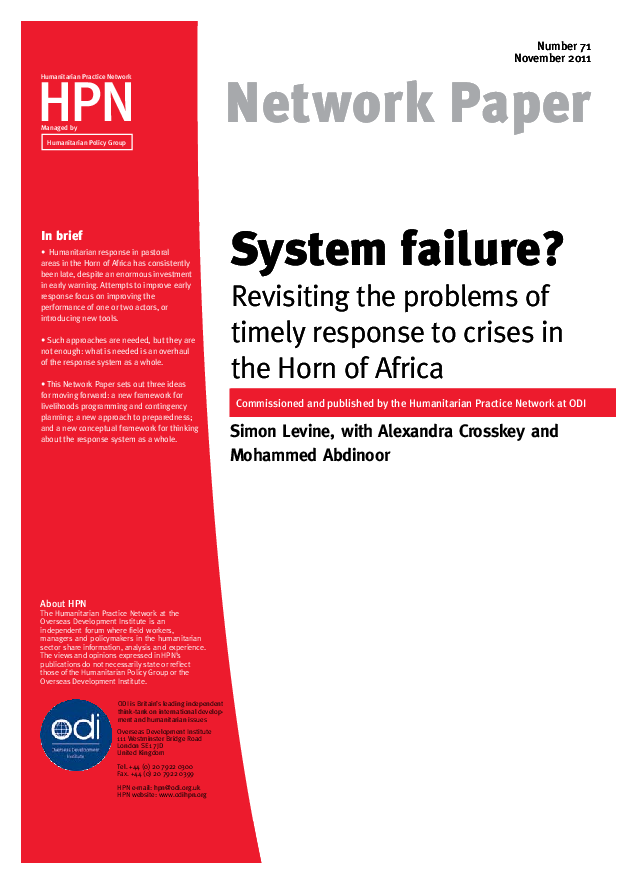 System failure? Revisiting the problems of timely response to crises in the Horn of Africa

Humanitarian response in pastoral areas in the Horn of Africa has consistently been late, despite an enormous investment in early warning. Attempts to improve early response focus on improving the
performance of one or two actors, or introducing new tools. Such approaches are needed, but they are
not enough: what is needed is an overhaul of the response system as a whole. This Network Paper sets out three ideas for moving forward:
– a new framework for livelihoods programming and contingency
planning;
– a new approach to preparedness;
– a new conceptual framework for thinking about the response system as a whole

System failure? Revisiting the problems of timely response to crises in the Horn of Africa