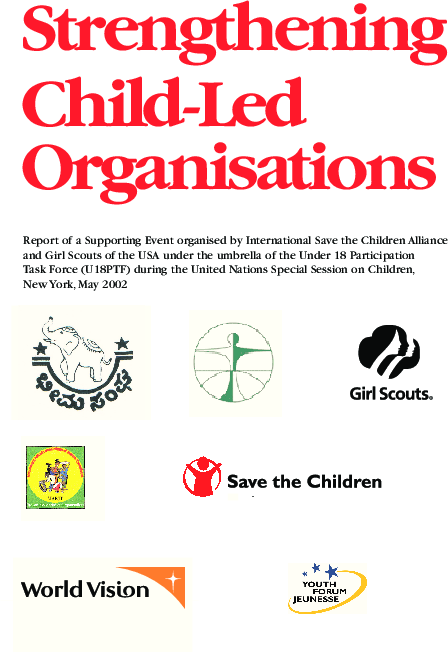 Report of a Supporting Event organised by International Save the Children Alliance and Girl Scouts of the USA under the umbrella of the Under 18 Participation Task Force (U18PTF) during the United Nations Special Session on Children, New York, May 2002. The event highlighted how child-led children’s organisations and movements have been able to promote children’s participation, self-advocacy and representation. Representatives from three child-led organisations led the event: the African Movement of Working Children; the Children’s Movement for Peace in Colombia, and Bhima Sangha, a working children’s union from Karnataka State in Southern India. Each representative explained in detail what his/ her organisation is doing, the factors that have helped its development, the obstacles that have stood in their way and how they have dealt with them