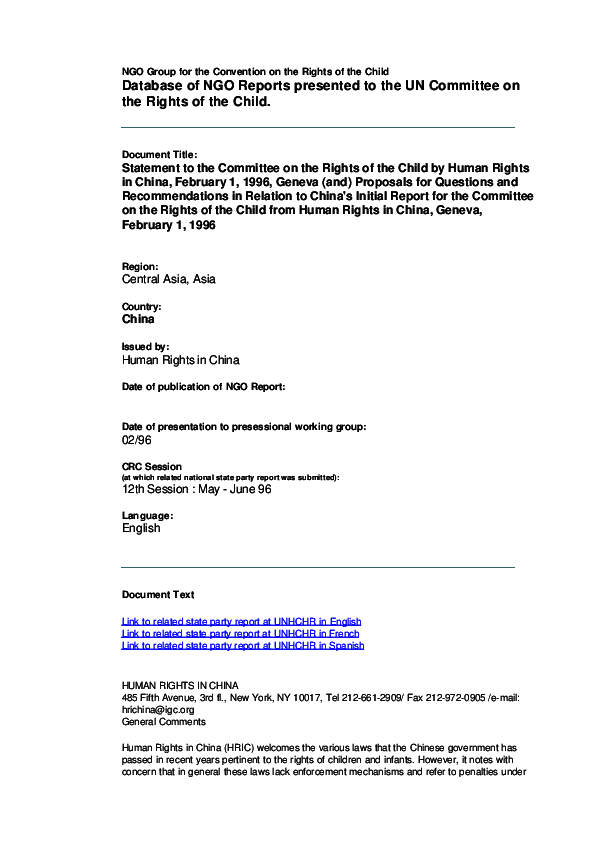 Human Rights in China (HRIC) welcomes the various laws that the Chinese government has passed in recent years pertinent to the rights of children and infants, although the gap between laws and regulations and the reality remains unacceptably wide. HRIC has consistently called for full implementation of existing laws and regulations as a first step towards proper protection of human rights, and believes that such an approach is also needed in the area of children’s rights. This report was submitted by HRIC at the Committee’s 12th Session May-June1996, as an Alternative Report to China’s Initial Report for the Committee on the Rights of the Child.