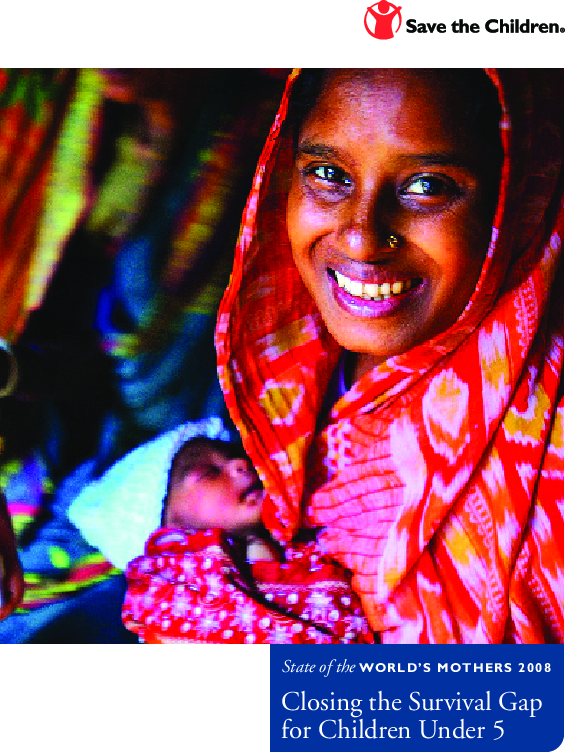 State of the World’s Mothers 2008: Closing the survival gap for children under 5

Every year, more than 500,000 women die during pregnancy or childbirth,and nearly 10 million children die before reaching their fifth birthday. Almost all these deaths occur in developing countries where mothers,children and newborns lack access to basic health care services. It is especially tragic since most of these deaths could be prevented at a modest cost. While child mortality rates in the developing world have declined in recent decades,it is of no solace to the 26,000 mothers who must mourn the loss of a child each and every day. This report ranks 55 developing countries on their effectiveness in reaching the poorest children with lifesaving measures that are often taken for granted in the developed world. More than 6 million children can be saved each year by responsibly increasing funding to improve community-level health services in the developing world, where 99 percent of child deaths occur.

State of the World’s Mothers 2008: Closing the survival gap for children under 5