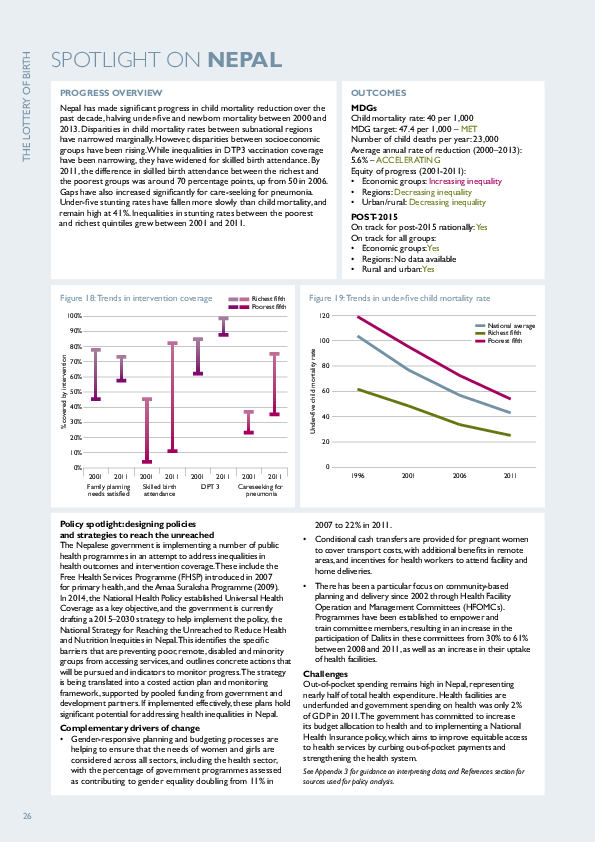 Nepal has made significant progress in child mortality reduction over the past decade, halving under-five and newborn mortality between 2000 and 2013. Disparities in child mortality rates between subnational regions have narrowed marginally. However, disparities between socioeconomic groups have been rising. While inequalities in DTP3 vaccination coverage have been narrowing, they have widened for skilled birth attendance. By 2011, the difference in skilled birth attendance between the richest and the poorest groups was around 70 percentage points, up from 50 in 2006. Gaps have also increased significantly for care-seeking for pneumonia. Under-five stunting rates have fallen more slowly than child mortality, and remain high at 41%. Inequalities in stunting rates between the poorest and richest quintiles grew between 2001 and 2011.

This brief describes Save the Children UK’s policy recommendations for improving the health of the children in Nepal.